I mentioned in a previous post, I have thoroughly enjoyed attending the 2013 Twin Cities Film Fest. It has gives great exposure to a wide variety of films ranging in style, budget, subjects, and genres. You name it. Many of these may or may not get a wider release than playing at various festivals. My plan is to write some mini-reviews showcasing some of the films I have seen. Days 4 and 5 of the Fest brought these two delightful little films.GHOST LIGHTDirector: John GaspardStarring: Dietrich Poppen, Dawn Brodey, Austan Peterschick, Joel Raney, Kelli Gorr 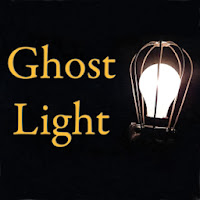 After a performance of “The Importance of Being Earnest” goes a bit off track, the cast is determined the ghosts of the theater are playing pranks on them. They decide to spend the night in the theater in hopes of finding more signs of paranormal activity. What they don’t know is that their fellow technicians overheard their plan and are concocting a plan of their own to sneak in and create some scares for them.Do not be fooled as this is not really a movie about old theater superstitions or the spooky things that can be found in an old historic theater. I expected a fun little tale of the haunting that can happen in some theaters, but I was pleasantly surprised the core of the film has some deeper meaning and heart to it. The all-night shenanigans give these actors a chance to open up to each other about their lives, their regrets, troubles, hopes and dreams. One actor is planning on moving to Los Angeles to have a crack at the film industry. Another opens up about the partner he lost long ago who he still mourns over. The film was shot at Theatre in the Round in Minneapolis which provides the perfect setting as there are so many nooks and crannies for the actors and technicians explore. Gaspard wisely uses all of the spaces from the costume shop, rehearsal space, prop storage, and of course the stage. There is a fun bit as two actors run around trying on various costumes and acting them out. As an actor who has performed in that exact space, it brought back numerous memories of the show I did there. I even noticed a poster for “Harvey” in the background during one of the shots. Gaspard and co-writer Mary Kaeding have written a clever script that not only has those touching moments, but has quite a bit of fun with the technicians as comedic foils to the actors. This film is clearly a love letter to not only the Minneapolis theater scene where it originates but also to the love many of us have of theater and the special meaning it has to each of us.RATING: **** (4 out of 5 stars)

I was warned going in there would be some “Dr. Who” references. I felt doomed as I have never seen an episode in my life. I know I know I know. It’s on my to-do list. I may have missed a reference or nod to Tardis, but it did not stop me from laughing at this little gem. David Jones (Gooch) is told by his father that his brother Simon “went away with his alien friends”. Thirty years pass and David still believes aliens have abducted his brother. He even creates his own vlogs for his “The Search for Simon” foundation. He Skypes with other UFologists and goes globe trekking for clues. On one of his trips to Denmark he meets psychiatrist and author Eloise Eldritch who helps him out, but in turn uses him as material for her own book. His obsession has cost him his friends and has hurt his relationship with his mother (Cleveland) even though they live together. All of this won’t stop him from trying to find his brother.The movie is billed as a “Foc-U-Mentary” (Film and Documentary) on its website which I find hilarious. Gooch writes, directs, and stars in this light sci-fi comedic gem. Like I mentioned earlier, I am not as versed in British sci-fi/fantasy culture like I probably should be. Even without that background, the film is quite enjoyable. The story is a silly little madcap romp as you watch David float around in a pretty delusional state. He even tries to get a job at the British AeroSpace Technology and Research Development Division, aka B.A.S.T.A.R.D.D. The pacing gets a bit slow at times, and the film is a little bit too long. There was one point where I thought it was going to end and have this sweet little ending, but then it kept going in a different direction. I would be curious to see what kind of reception this would get in a wider release. It definitely has appeal and there is an audience base that would highly enjoy it.RATING: *** 1/2 (3.5 out of 5 stars)