HOCUS POCUS 2 Director: Anne FletcherStarring: Bette Midler, Sarah Jessica Parker, Kathy Najimy, Sam Richardson, Hannah Waddingham, Doug Jones, Tony Hale, Whitney Peak, Lilia Buckingham, Belissa Escobedo Get that ring of salt ready as the Sanderson Sisters are back! Bette Midler, Sarah Jessica Parker, and Kathy Najimy are back in their iconic roles as the love of Hocus Pocus has only continued to grow from one generation to the next since its release in 1993. Disney+ has released the first teaser for it, and it looks super fun for my generation who loves a little nostalgia. Here’s the official plot summary It’s been 29 years END_OF_DOCUMENT_TOKEN_TO_BE_REPLACED

THE BATMAN Director: Matt ReevesStarring: Robert Pattinson, Colin Farrell, Zoe Kravitz, Paul Dano, Peter Sarsgaard, Andy Serkis, Jeffrey Wright Today is #DCFanDome where DC unveils all sorts of fun footage, concept art, trailers, and more for many of their anticipated releases. During last year’s event, we got the first teaser of director Matt Reeves (The Planet of the Apes trilogy) take on Batman. Robert Pattinson steps into the role of Bruce Wayne/Batman, as Reeves take a noir approach to telling Batman’s early days. He’s drawing inspiration from the graphic novel Batman: Year One We’re now getting the first full trailer and it looks fantastic. Matt END_OF_DOCUMENT_TOKEN_TO_BE_REPLACED

SCREAM (2022) Director: Matt Bettinelli-Olpin, Tyler GillettStarring: Neve Campbell, Courteney Cox, David Arquette, Marley Shelton, Melissa Barrera, Jenna Ortega, Dylan Minnette, Mason Gooding, Jack Quaid, Kyle Gallner “It’s always someone you know.” I am loving the tagline for the fifth entry in the Scream franchise. Fans have eagerly been anticipating the trailer for Scream. I am here to say that it looks like history is repeating itself. I’ve been a massive Scream fan as far back as I can remember, so I’ve been drumming up all sorts of theories based on what little the cast has said so far. Even just naming it “Scream” instead END_OF_DOCUMENT_TOKEN_TO_BE_REPLACED

SPIDER-MAN: NO WAY HOME Director: Jon WattsStarring: Tom Holland, Zendaya, Benedict Cumberbatch, Jacob Batalan, J.K. Simmons, Marisa Tomei, Jon Favreau, Benedict Wong, Alfred Molina The highly anticipated teaser trailer for Spider-Man: No Way Home premiered last night at CinemaCon in Vegas. This came after someone behind the scences leaked a very rough looking version of it on TikTok causing Film Twitter to lose their minds. The third official Spider-Man movie starring Tom Holland looks to be the biggest one of the three following Spider-Man: Homecoming and Spider-Man: Far From Home. Here’s what we know so far. Spider-Man’s identity has been revealed as Peter Parker causing END_OF_DOCUMENT_TOKEN_TO_BE_REPLACED 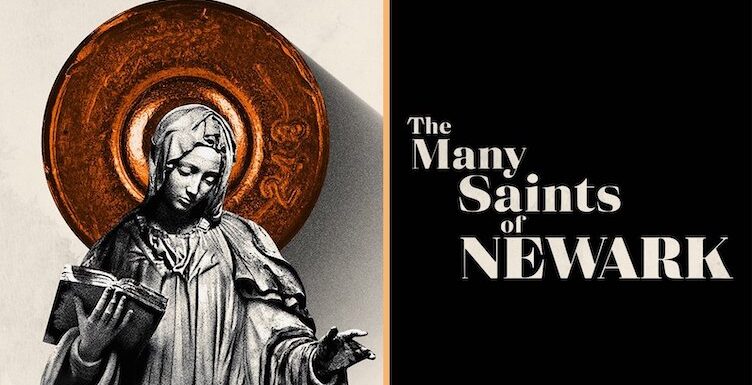 THE MANY SAINTS OF NEWARK In my opinion, The Sopranos is one of the greatest television series of all time. It paved the way for the quality programming we’ve come to associate with HBO. James Gandolfini made audiences latch onto a classic anti-hero with Tony Soprano. That archetype of a character would go on to lead shows like Deadwood, Breaking Bad, Dexter and more. Fans should rejoice as creator David Chase has come back to the world of The Sopranos with a new movie, The Many Saints of Newark. This isn’t a follow up/sequel of a movie, but rather a look back at where it END_OF_DOCUMENT_TOKEN_TO_BE_REPLACED

HALLOWEEN KILLS Word started racing around Film Twitter on Thursday, June 24 that the new Halloween Kills trailer was attached to The Forever Purge. This lead to leaks from people who already saw that trailer and the teams at Universal Pictures and Blumhouse decided to release it ahead of schedule. I’ve watched it a few times now, and it does NOT disappoint! I will say that it looks pretty spoiler heavy in terms of explaining how Michael Myers gets out of the house that’s burning down as we saw at the end of Halloween (2018) and we get shots of some brutal kills. We get END_OF_DOCUMENT_TOKEN_TO_BE_REPLACED

DEAR EVAN HANSEN 2021 is the year of stage to screen adaptations of beloved musicals. Trailers for In the Heights and West Side Story have dropped, and now, here comes Dear Evan Hansen with original Broadway star and Tony winner Ben Platt. Stephen Chbosky (The Perks of Being a Wallflower) directs with a screenplay by Steven Levenson (Fosse/Verdon) Levenson also penned the musical’s book. The musical became a worldwide phenomenon as it tackles teen mental health issues and suicide with an honest and approachable method. The music by Benj Pasek and Justin Paul is more than a bunch of catchy ear worms, as the songs END_OF_DOCUMENT_TOKEN_TO_BE_REPLACED

HALLOWEEN KILLS Director:  David Gordon GreenStarring: Jamie Lee Curtis, Judy Greer, Andi Matichak, Anthony Michael Hall, Kyle Richards, Charles Cyphers, Nancy Stephens, Robert Longstreet One of the movies I WAS most looking forward to in 2020 is Halloween Kills. This should come as no surprise for readers given my obsession with the Halloween franchise. I’ve done many write ups and a podcast episode about it over the years, and the recent sequel met all of my high expectations. The excitement for us Halloween fans is sky high with the return of many familiar faces from the original film like Kyle Richards, Charles Cyphers, and Nancy END_OF_DOCUMENT_TOKEN_TO_BE_REPLACED

TENET Director: Christopher NolanStarring: John David Washington, Robert Pattinson, Elizabeth Debicki, Michael Caine, Kenneth Branagh, Aaron Taylor-Johnson While many of us are patiently waiting for movie theaters to open with safe precautions in hand, I can’t state yet when I’ll feel comfortable returning to a theater. That being said, one of the biggest movies to look forward to is Christopher Nolan’s Tenet. It’s been rumored that he has been using this stay-at-home time to put the finishing touches on his latest masterpiece in order to have it ready in theaters as soon as possible. I have already seen early teaser trailers, and I’m blown away. END_OF_DOCUMENT_TOKEN_TO_BE_REPLACED

THE FRENCH DISPATCH Director: Wes AndersonStarring: Bill Murray, Tilda Swinton, Owen Wilson, Angelica Huston, Léa Seydoux, Adrian Brody, Timothée Chalamet, Saoirse Ronan, Elisabeth Moss There’s something about a new Wes Anderson movie that gets me all giddy. His singular unique style offers an visual feast for the moviegoer on top of the eccentric characters he creates. Whether it’s The Royal Tenenbaums, The Grand Budapest Hotel, or Moonrise Kingdom, he has an eye that cannot be matched. Searchlight Pictures has released the first poster and trailer for his next film, The French Dispatch. It’s another large ensemble film with many of his traditional company players: Bill END_OF_DOCUMENT_TOKEN_TO_BE_REPLACED