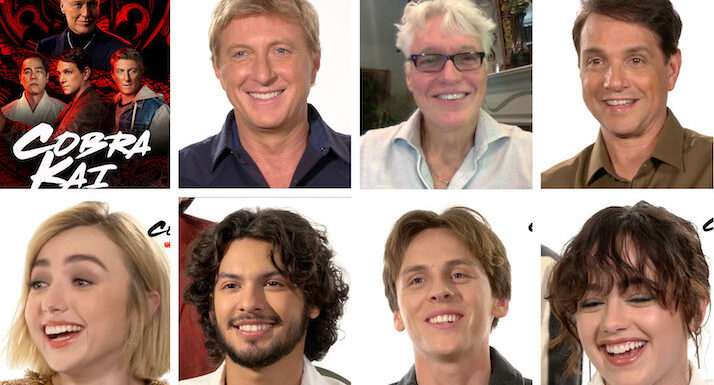 The hit Netflix series Cobra Kai is back September 9, 2022 for Season 5. Trust me when I say it’s one of the best seasons to date. I had the great fortune to sit down with four iconic stars of The Karate Kid franchise who have all come back for Cobra Kai with Ralph Macchio, William Zabka who have been here since the beginning along with Thomas Ian Griffith and Yuji Okumoto who have a BIG presence in the new season.

That’s not all as I also sat down with eight members of the next generation of Miyagi-Do and Cobra Kai with Xolo Maridueña, Jacob Bertrand, Gianni DeCenzo, Mary Mouser, Peyton List, Dallas Dupree Young, Oona O’Brien and Griffin Santopietro to talk about the new season, fan appreciation, practicing Miyagi-Do when they’re not filming, and more!