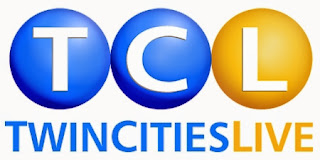 It has been a few weeks since the last time I wrote a “Dear Readers” piece. Life has been pretty hectic, what can I say. For those that may not know, I have a new gig as the movie critic for a local Minnesota based talk show called “Twin Cities Live” doing some movie reviews. I had my first appearance on March 26th and have done three segments so far. It airs 3:00-4:00 pm CST every day on the local ABC affiliate, and I will be on every Wednesday. If you are interested in watching them, but don’t live in the area, the videos get posted on their website at www.twincitieslive.com shortly after it airs, and I hope to post them each week on the blog.

People have been asking me for the links to the segments, so I thought I would post the first three videos here. The idea behind the piece is catered around the concept of my blog as to whether a certain movie is worth your trip to the movies. I try to review two that are currently playing in the theater and one home release choice. I may throw in a special home release if a film seems topical or having an anniversary. The experience has been extremely rewarding and everyone who works on the show has been a complete joy to work with each week. Here are the segments as well as links to my original reviews of each film:

Thank you again for reading my blog and watching me on “Twin Cities Live”. I hope you can tune in each week!
-PAUL