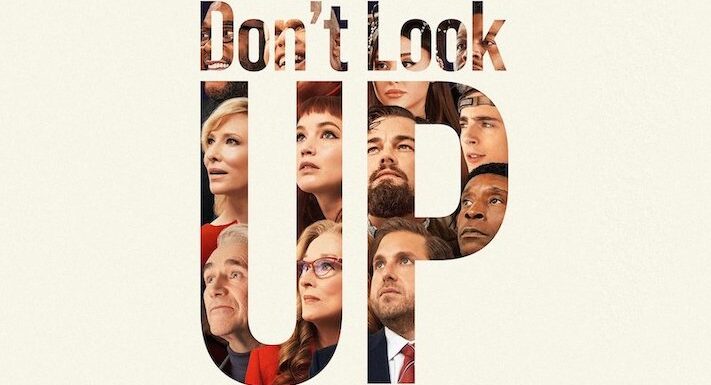 Leo, Meryl, Jennifer Lawrence, Jonah Hill, Ariana Grande all in the same movie? Writer/director Adam McKay is bringing all these forces together for his star-studded satire Don’t Look Up. The poster says that its based on truly possible events as Adam McKay uses the climate change crisis as the mirror for this story. Jennifer Lawrence stars as Kate an astronomy grad student who believes a comet is barreling toward Earth. She informs her professor Dr. Randall Mindy (DiCaprio) and their team quickly plots out the precise coordinates and timing of this comet that’s 5 to 10 kilometers wide. With six months before doomsday, they take their findings to the White House to meet President Orlean (Streep) She’s clearly a Trump-inspired leader who basically laughs in their face claiming the timing is atrocious with the midterms around the corner. With no help from the government, they head out on a media tour trying to spread word about the end of the world.