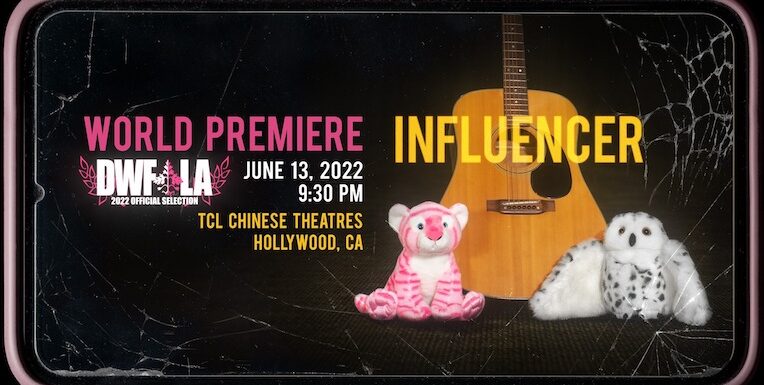 Sometimes we don’t realize the effect our constant scrolling and social media posts have on our loved ones. Filmmakers Lindsay Marcy and Peter Marcy’s new film Influencer looks at this through two fractured characters. Lindsay Marcy co-wrote the film and plays Amber, a single mom caring for her young daughter, Haley. Amber’s a bit of a mess and gets a ticket for using her phone while driving. This act of horribly distracted driving comes while her daughter is in the backseat. She’s kicked out of her boyfriend’s home complicating matters further, as she’s then forced to rely on her ex, Cameron (Anderson) to help take care of their daughter. Cameron’s an inspiring musician who works at an assisted living facility while trying to build up his YouTube channel.