Movie Review: THE VAST OF NIGHT 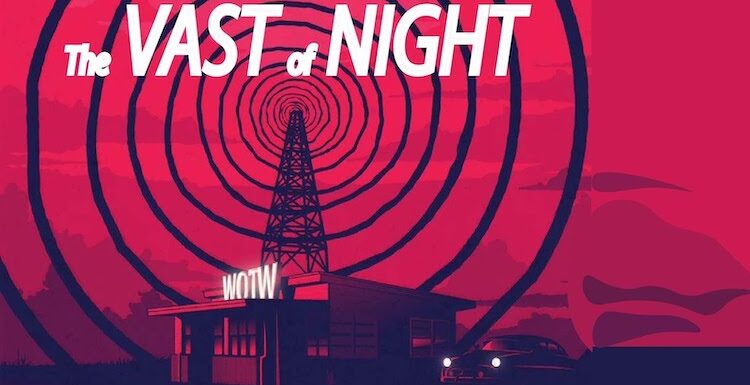 THE VAST OF NIGHT

Sometimes those small movies with an unknown cast take you by complete surprise. That happened to me with The Vast of Night. We’re introduced to “The Vast of Night” as an episode of Paradox Theater. Think of it like an episode of “The Twilight Zone” It’s the early 1950s in a small New Mexico town where everybody knows each other. There’s gossip, comradery, and fun as everyone enters the high school gym for a Friday night game of basketball. It’s the perfect time for something to go wrong. Faye (Sierra McCormick) is a high school student and works at the phone dispatch board. She starts to hear strange noises coming from the phone lines. She dials into her friend Everett who is working the late shift as the DJ on the local radio station. He’s played by Jake Horowtiz. A caller informs Everett he may have the answers to what the sounds are and whether they’re coming from the round object seen flying over the city. It’s now streaming on Amazon Prime