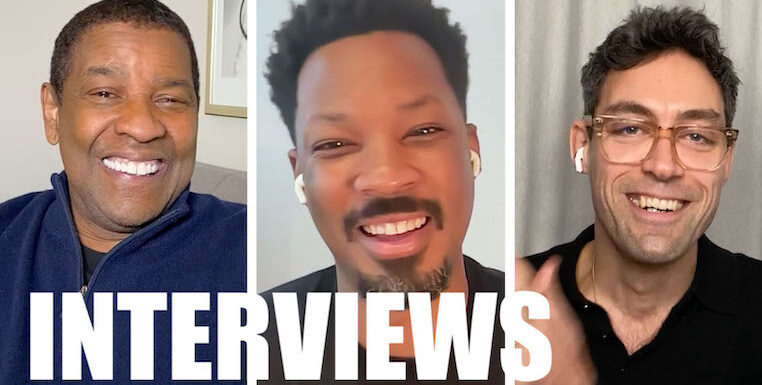 THE TRAGEDY OF MACBETH Interviews – Denzel Washington, Corey Hawkins, Alex Hassell You can’t go wrong with Joel Coen directing Denzel Washington and Frances McDormand in one of Shakespeare’s tragedies. I sat down with Washington, Corey Hawkins, and Alex Hassell to talk about The Tragedy of Macbeth. Hear how they describe Coen’s directing style, performing Shakespeare for the camera versus on stage, what Shakespeare they’d tackle next and more. I would love it if you click SUBSCRIBE on my channel for more reviews and interviews. It helps more people find my reviews and interviews! END_OF_DOCUMENT_TOKEN_TO_BE_REPLACED

CODA Director: Sian HederStarring: Emilia Jones, Marlee Matlin, Troy Kotsur, Daniel Durant, Ferdia Walsh-Peelo,  Eugenio Derbez  The new film CODA walked away from the Sundance Fest Festival leaving an imprint on its audience and picked up four big awards including the Grand Jury Prize and the Audience Award. At the center of the film is Ruby Rossi, played by Emilia Jones. Get to her name as you’ll blown away by her performance. Ruby is a high school student who has spent her life being the sole American Sign Language interpreter for her family. Her parents (Marlee Matlin and Troy Kotsur) and her brother Leo (Daniel END_OF_DOCUMENT_TOKEN_TO_BE_REPLACED