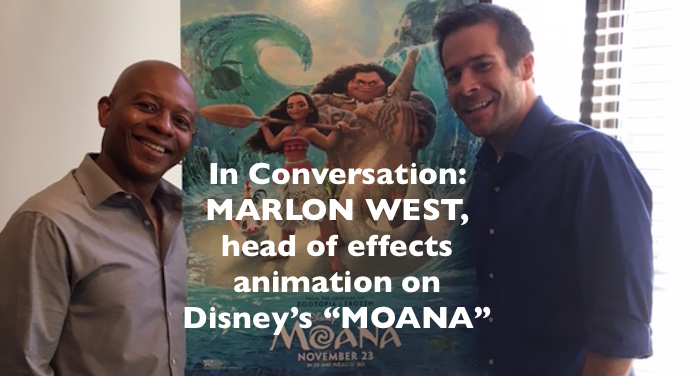 IN CONVERSATION: MARLON WEST, Heads of Effects Animation on Disney’s Moana When you think of animated movies, it’s safe to assume Disney is the first thing that comes to mind. Many of us grew up watching Disney movies and that love has carried on into adulthood. For me, movies like The Lion King, Beauty and the Beast, or even something older like Pinocchio never get old. Walt Disney Animations Studios was in a bit of a slump in the early ‘00s but over the last few years, films like Tangled, Frozen, Big Hero 6, and Wreck-It Ralph have garnered acclaim from audiences putting them right END_OF_DOCUMENT_TOKEN_TO_BE_REPLACED