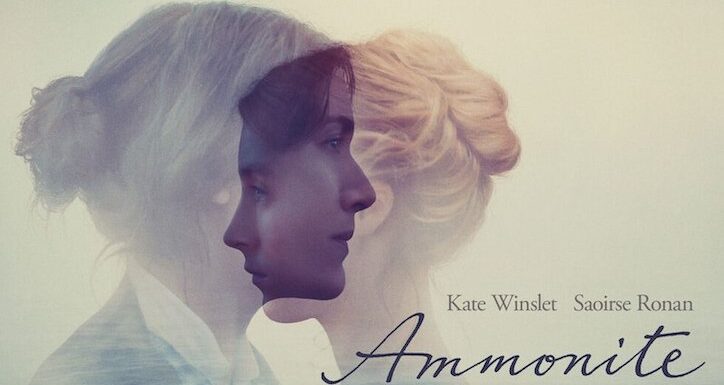 AMMONITE Writer/Director: Francis LeeStarring: Kate Winslet, Saoirse Ronan, Gemma Jones, Fiona Shaw Kate Winslet and Saoirse Ronan are no strangers to a period drama. Their new film Ammonite is about forbidden love in 1840s England. As a fossil hunter, Kate Winslet’s Mary Anning leads a quiet, singular focused life. Her work is stellar but she rarely gets the recognition she deserves. She owns a small shop and one day a scientist walks in with his wife Charlotte, who’s played by Saoirse Ronan. After Charlotte’s husband leaves town, she’s stuck navigating this new town on her own until she’s taken ill and placed in Mary’s care.  END_OF_DOCUMENT_TOKEN_TO_BE_REPLACED

ROCKETMAN Director: Dexter FletcherStarring: Taron Egerton, Jamie Bell, Richard Maddon, Bryce Dallas Howard, Gemma Jones When you think of Elton John, you may think of his beautiful songs, the glitz, the glamour, and the tantrums. It’s all here in Rocketman. At a young age, Elton (Egerton) was a gifted piano player. He could play anything he heard on first play. He came from a broken home, as his parents were never fully supportive or loving toward him. He took inspiration from Elvis Presley and started playing piano professionally. When he started working with lyricist Bernie Taupin (Bell), his career took off. Their music together became END_OF_DOCUMENT_TOKEN_TO_BE_REPLACED

BRIDGET JONES’S BABY Director: Sharon Maguire Starring: Renée Zellweger, Colin Firth, Patrick Dempsey, Jim Broadbent, Gemma Jones, Celia Imrie, Sarah Solemani It’s been fifteen years since Renée Zellweger first brought Bridget Jones to the big screen. She’s back and celebrating her 43rd birthday with a mixed bag of emotions. She’d rather not celebrate, but her adoring coworkers throw her an “R.I.P” party at the office to celebrate. This birthday also means a surprise getaway to a music festival thanks to her friend and colleague, Miranda (Solemani), from the news station. In pure Bridget Jones fashion, she tends to make a fool of herself and promptly END_OF_DOCUMENT_TOKEN_TO_BE_REPLACED