LISEY’S STORY Director: Pablo LarraínStarring: Julianne Moore, Clive Owen, Joan Allen, Jennifer Jason Leigh, Dane DeHaan, Ron Cephas Jones As a massive Stephen King fan, I know how possessive we can be over the adaptations of his work. Luckily, King wrote all eight episodes of the new limited series Lisey’s Story. He views his book “Lisey’s Story” as one of the most personal ones he’s ever written given the fact he wrote it after a near-death experience. He thought he had died and watched his wife pack up his belongings. That ignited the spark for this story with Clive Owen playing Scott Landon, a celebrated END_OF_DOCUMENT_TOKEN_TO_BE_REPLACED 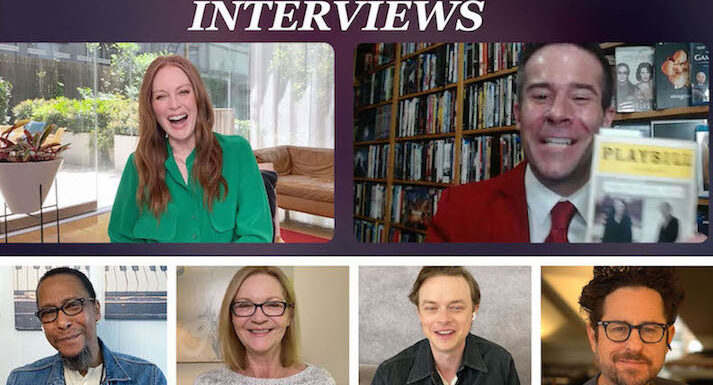 “LISEY’S STORY” – Cast Interviews The latest Stephen King page to screen adaptation is Lisey’s Story coming to AppleTV+ June 4. It stars Julianne Moore who I have long admired, so it was a complete thrill getting the chance to talk to the Oscar winner. I sat down with Moore, Ron Cephas Jones, Joan Allen, Dane DeHaan, and executive producer J.J. Abrams to talk about the joy of having Stephen King adapting the screenplays, having the author on set, and sitting in the mindset of a disturbed stalker. **click SUBSCRIBE for more reviews and interviews** Here’s my interview END_OF_DOCUMENT_TOKEN_TO_BE_REPLACED