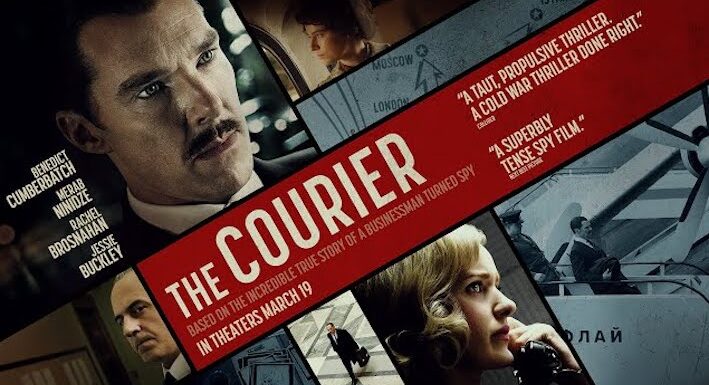 THE COURIER Director: Dominic CookeStarring: Benedict Cumberbatch, Rachel Brosnahan, Merab Ninidze, Jessie Buckley The Courier is inspired by the true events surrounding Greville Wynne, played here by Benedict Cumberbatch. It’s the 1960s and the Russians and Americans now have nuclear weapons. Greville Wynne is a husband, father, and a simple businessman trying to provide for his family. That all gets upended when a CIA agent played by Rachel Brosnahan and a team from MI6 approach him to be a spy against the Russians. The plan is for him to work alongside Oleg Penkovsky known as Ironbark to infiltrate the Russian nuclear program. A simple man END_OF_DOCUMENT_TOKEN_TO_BE_REPLACED