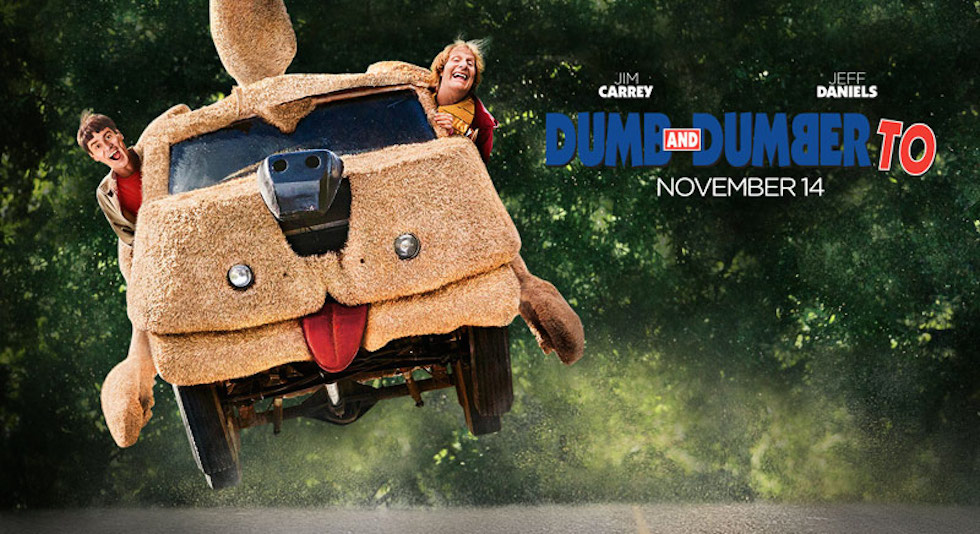 DUMB AND DUMBER TO Directors: Peter and Bobby Farrelly Starring: Jim Carrey, Jeff Daniels, Kathleen Turner, Rob Riggle, Rachel Melvin It’s an accurate assessment to say that Dumb and Dumber To lives up to its title, but that’s not really a good thing. Jim Carrey and Jeff Daniels have reunited to take on their roles of idiots Lloyd Christmas and Harry Dunne, respectively. It’s been twenty years since we last took a road trip with them to Aspen. Lloyd has spent that time in a psychiatric facility after being rejected by Mary Swanson. Harry has gone to visit him every Wednesday since then. On his END_OF_DOCUMENT_TOKEN_TO_BE_REPLACED