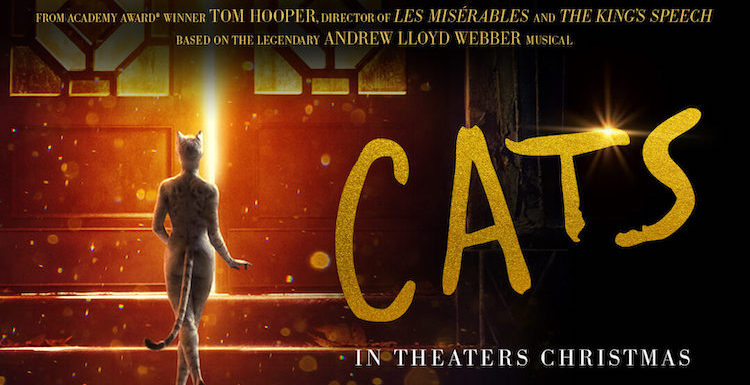 THE HUSTLE Director: Chris AddisonStarring: Anne Hathaway, Rebel Wilson, Alex Sharp, Dean Norris Josephine (Hathaway) is a world class con artist based in the French Riviera. She loves to con old rich men who have wronged their women. She’s high class, dressed to the nines, but can play dumb and innocent to lure them in. She meets her match in another con artist, Penny (Wilson), who seems to be following close in her footsteps. Penny is the opposite in her approach to the con game. She’s boisterous, bumbling, and not afraid to make a scene to steer men off her tracks. Josephine believes she can END_OF_DOCUMENT_TOKEN_TO_BE_REPLACED

ISN’T IT ROMANTIC Director: Todd Strauss-SchulsonStarring: Rebel Wilson, Adam Devine, Liam Hemsworth, Priyanka Chopra, Betty Gilpin, Brandon Scott Jones, Jennifer Saunders Every since she was a young girl Natalie (Wilson) has despised rom-coms. She was led to believe they are unrealistic and spread terrible lies. She works for an architecture firm but is never taken seriously. Her subway ride home turns into disaster when she is mugged. She hits her head on a pillar trying to get away and is knocked unconscious. When she wakes up, she finds herself in her own romantic comedy. Everyone is super nice, men flirt with her, and New York END_OF_DOCUMENT_TOKEN_TO_BE_REPLACED

PITCH PERFECT 3 Director: Trish Sie Starring: Anna Kendrick, Rebel Wilson, Brittany Snow, Anna Camp, Hailee Steinfeld, Ester Dean, Hana Mae Lee, Elizabeth Banks, John Michael Kiggins, Matt Lanter, John Lithgow I don’t think anyone seeing Pitch Perfect back in 2012 would expect it to end up as a part of a trilogy. I caught bits of it again last night on NBC, and boy was there a ton of charm and glee there. Three movies in and it’s hard to find that same zest now that we’ve gotten to know the formula. The Barden Bellas have graduated college and are now living separate lives, END_OF_DOCUMENT_TOKEN_TO_BE_REPLACED 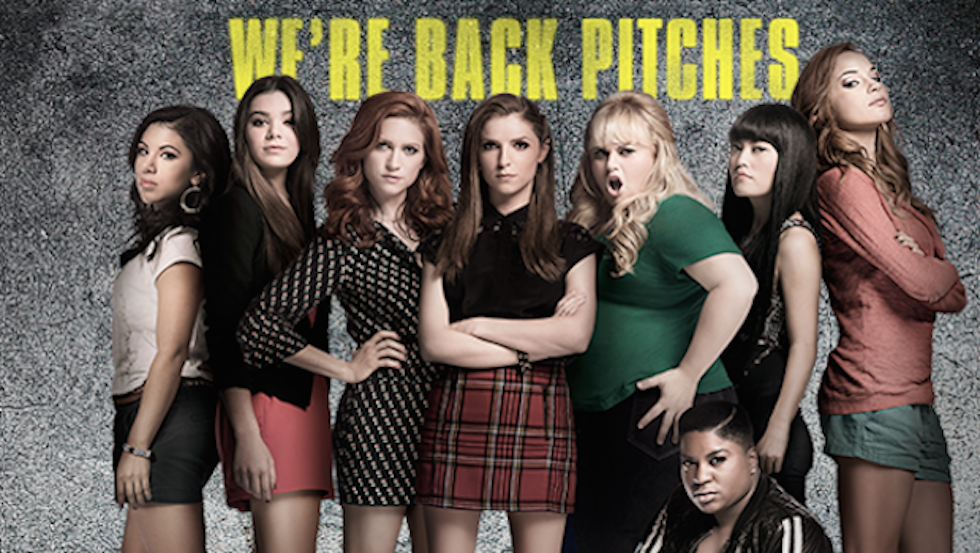 PITCH PERFECT 2 Director: Elizabeth Banks Starring: Anna Kendrick, Rebel Wilson, Hailee Steinfeld, Brittany Snow, Ester Dean, Adam DeVine, Skylar Astin, John Michael Higgins, Elizabeth Banks Back in the summer of 2012, Pitch Perfect came out and became a sleeper hit. It continued to do gang buster sales once the DVD/Blu-Ray was released and Anna Kendrick’s single “Cups” was constantly being played by radio stations. It should come as no surprise that a sequel would follow. The Barden Bellas have the opportunity to have their biggest performance to date when they get to perform for President Obama and the First Lady at The Kennedy Center. END_OF_DOCUMENT_TOKEN_TO_BE_REPLACED

PITCH PERFECT 2 Director: Elizabeth Banks Starring: Anna Kendrick, Rebel Wilson, Anna Camp, Brittany Snow, Skylar Astin, Hailee Steinfeld, Katey Sagal, Elizabeth Banks, Adam DeVine       How can you watch Pitch Perfect and not want to get up and sing along with the Barden Bellas? The first film became a surprise hit and Anna Kendrick’s version of “Cups” became a Top 40 hit on the radio. Kendrick, Rebel Wilson, Anna Camp, and Brittany Snow are all back as their a capella group head to the world championship competition. Elizabeth Banks is making her directorial debut, and the sequel looks just as much fun END_OF_DOCUMENT_TOKEN_TO_BE_REPLACED