SUPERINTELLIGENCE Director: Ben FalconeStarring: Melissa McCarthy, Bobby Cannavale, Jean Smart, Bryan Tyree Henry, Ben Falcone, Jock McKissic, Michael Beach Melissa McCarthy and her husband Ben Falcone have teamed up multiple times before with movies like Life of the Party and The Boss. In their latest, SuperIntelligence, McCarthy plays Carol Peters who considers herself a fairly average woman. She used to work for a tech company but left her position to do more philanthropic work in her community. One morning a techno superintelligence starts talking to from every one of her devices. It’s always the voice of James Corden as Carol thinks his voice is soothing. END_OF_DOCUMENT_TOKEN_TO_BE_REPLACED 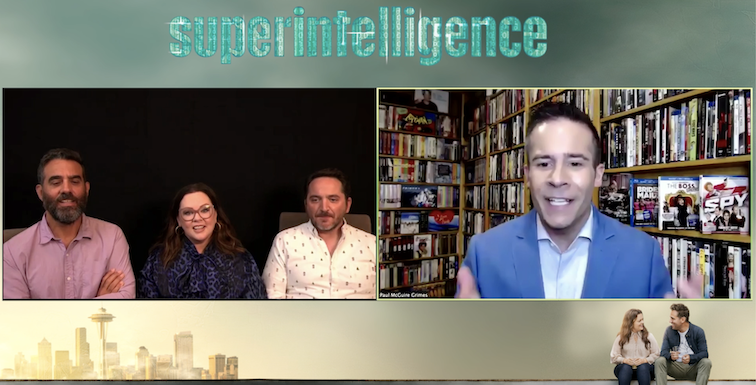 “SUPERINTELLIGENCE” Interviews – Melissa McCarthy, Bobby Cannavale, Ben Falcone Melissa McCarthy and Bobby Cannavale star in the new rom-com SuperIntelligence coming to HBO Max on November 26. I sat down with the pair along with director Ben Falcone to talk about getting star struck, their 20 Days of Kindness initiative, and more. **click SUBSCRIBE for more reviews and interviews** Here’s the interview END_OF_DOCUMENT_TOKEN_TO_BE_REPLACED