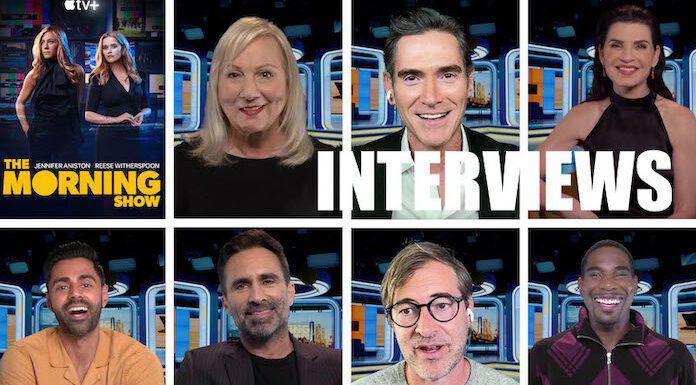 THE MORNING SHOW Interviews – Tackling Hot Topics and Rewriting Season 2 AppleTV+ has a huge hit on the hands with The Morning Show. The series never shies away from hot topics with the pandemic, cancel culture, racism, and identity being discussed this season. I sat down with director/producer Mimi Leder and her cast Billy Crudup, Julianna Margulies, Hasan Minhaj, Nestor Carbonell, Mark Duplass, and Desean Terry about this explosive new season. We had a really great discussion about rewriting the second season after the pandemic shut down production, the therapy that comes from playing these characters, life advice for knowing your worth, and much END_OF_DOCUMENT_TOKEN_TO_BE_REPLACED