ENCANTO Director: Jared Bush, Byron Howard, Charise Castro SmithStarring: Stephanie Beatriz, John Leguizamo, Wilmer Valderamma, María Cecilia Botero, Jessica Darrow Disney has released two new animated films in 2021. First was Raya and the Last Dragon, and now Encanto is in theaters and winning over families with their traditional Disney magic. Both films continue Disney’s efforts at showcasing other cultures and traditions with Encanto centering on a magical family who live in the mountains of Columbia. The Madrigal Family has been gifted a special everlasting candle that has provided life’s blessings for generations. There are special gifts and talents passed down from one generation to END_OF_DOCUMENT_TOKEN_TO_BE_REPLACED

ALADDIN Director: Guy RitchieStarring: Mena Massoud, Naomi Scott, Will Smith, Marwan Kenzari, Nasim Pedrad, Navid Negahban Disney has four live action remakes in theaters in 2019 with Aladdin being their second one of the year. It’s a beloved animated classic for my generation, but is it a little too soon to bring it back? Aladdin (Massoud) is considered a “street rat” by many as he’s an orphan who, along with his pet monkey, wander the streets stealing food and live on a rooftop. It’s there in the streets where he meets Princess Jasmine (Scott) who’s in disguise desperately trying to have some down time away END_OF_DOCUMENT_TOKEN_TO_BE_REPLACED 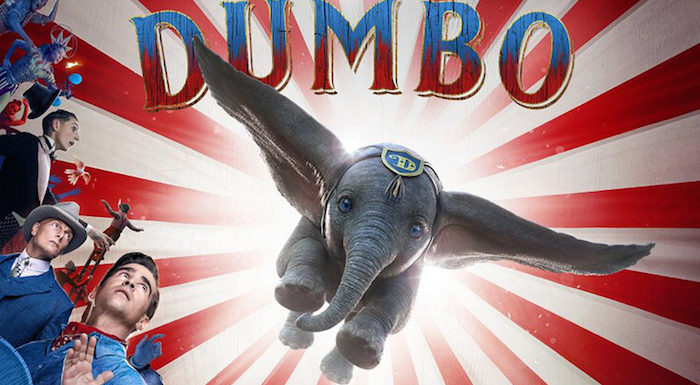 DUMBO Director: Tim BurtonStarring: Colin Farrell, Danny DeVito, Michael Keaton, Eva Green, Nico Parker, Finley Hobbins, Alan Arkin The Medici Brothers Circus is struggling to bring in a crowd and make a profit. World War I vet Holt Farrier (Farrell) returns home to join his kids under the big top but learns his act is in limbo as his prized horses have been sold off. A new baby elephant with unusually large ears is at first mocked and teased by ringmaster Max Medici (DeVito) but turns to Holt and Holt’s two kids to train him. Holt’s daughter loves science experiments and learns by accident that END_OF_DOCUMENT_TOKEN_TO_BE_REPLACED