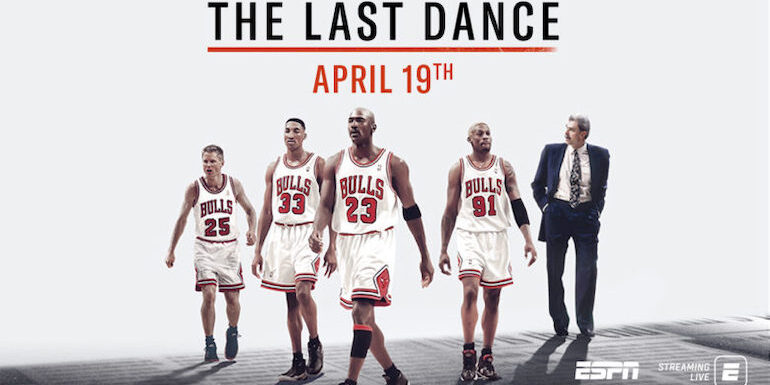 The Last Dance is a 10-episode documentary series from ESPN that charts the life and career of basketball legend Michael Jordan. It originally aired on ESPN from April to May of this year and is now streaming on Netflix. Jordan was the face and king of the Chicago Bulls on and off the court from 1984 through 1998. After winning five championships, tensions start to mount with the team. General Manager Jerry Krause wanted to make big changes that could alter whether or not Jordan and the rest of the team which included Scottie Pippen and Dennis Rodman could pull of a sixth win. The first episode sets up the ’97-‘98 season under Coach Phil Jackson as “The Last Dance” a moniker Jackson coined for his playbook.

2020-08-05
Previous Post: Movie Review: BLACK IS KING
Next Post: EVERYBODY IS STILL A SUSPECT: A LOOK BACK AT SCREAM