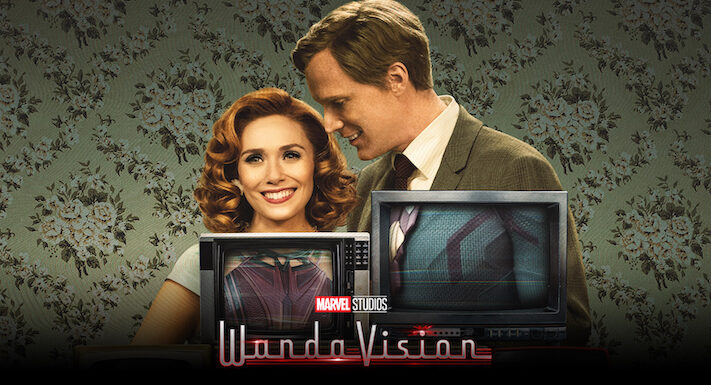 Marvel is going in a new direction to kick off Phase 4. Their latest project is not a massive blockbuster film, but rather WandaVision, a new 30 minute series now streaming on Disney+. Audiences were introduced to Elizabeth Olsen’s Wanda Maximoff in Avengers Age of Ultron while Paul Bettany first provided the voice of Vision in Iron Man. Throughout the extensive Infinity Saga, we’ve seen both characters put through the ringer. Now, we’re finding them in a new setting as characters in a sitcom. The first two episodes live within the classic black and white sitcom akin to The Dick Van Dyke Show or Bewitched. Wanda and Vision are newly married and have moved into the cheery suburban life in Westview. They still have their powers but try to keep them hidden from their nosy neighbors, including Kathryn Hahn’s hilarious Agnes. There’s no mention of the Avengers, but as the episodes progress, they start to suspect something is not quite right about their new surroundings.

Here is my review