Movie Review: BIRDMAN or (THE UNEXPECTED VIRTUE OF IGNORANCE) 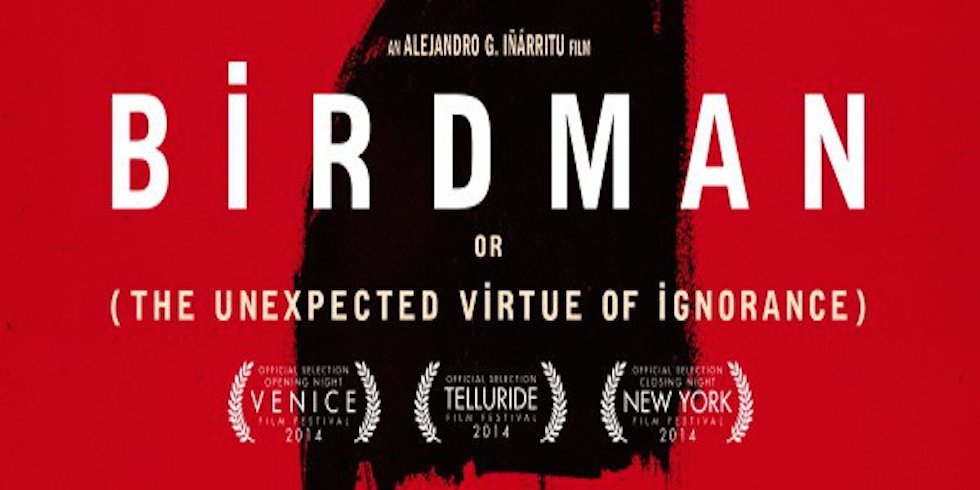 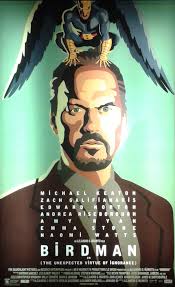 No, this is not another Marvel release. Birdman is not even some obscure comic book character given the big screen treatment. For actor Riggan Thompson (Keaton), Birdman is the character he will always be remembered for throughout his career. Despite leaving the franchise after three films, he is at that point in his life where he is considered washed up, irrelevant, and forgotten. He has never truly been able to let that character go as he is haunted and tormented by the low gravelly voice of Birdman that is stuck in his head. His last ditch effort to distance himself from his comic book alter ego comes in the form of a Broadway adaptation of Raymond Carver’s What We Talk About When We Talk About Love.

Riggan is writing, directing, and starring in the play, which is starting its week of previews. Naturally, it’s a complete disaster. Their lead actor becomes the victim of a stage accident when a light falls on his head. Riggan’s lead actress Lesley (Watts) recommends her boyfriend Mike (Norton) to step in as the replacement. Mike has the star power the Riggan needs, but his arrogant demeanor is one more thorn in Riggan’s side. He shows up for a rehearsal word perfect on the script and has no problems with rewriting the show and making it his play instead of Riggan’s. Lesley just wants people to get along because this is her big Broadway debut, and she doesn’t want anyone or anything to get in the way of that. Between a cocky lead actor, an unethical critic, and other disasters around each hallway, the week of previews further pushes Riggan into his negative and destructive headspace.

You may be thinking that this probably seems like a film directly ripped out of Michael Keaton’s inner thoughts. It is easy to make those comparisons as Keaton will forever be known for playing Batman in the Tim Burton films.  He left the series after the second film in 1992 which also happens to be the year Riggan left the Birdman series. Some may try to claim that, again like Riggan, Keaton hasn’t had a hit or lead role as substantial since he left the series. Keaton has stated in numerous interviews that he does not relate to Riggan at all and that he approached this character in the same way he approaches every other character he’s played. I’ve read articles and watched interviews with him, and I never get the impression that Keaton is as tormented as Riggan. Even though the comparisons are sparse between them, writer/director Alejandro González Iñárritu (Babel, 21 Grams) knew this film wouldn’t have been possible if Keaton had turned down the role. It is a true testament to a film’s sole life and breath when it rests in the hands of its lead actor. There’s no way this film would have worked or have been anywhere similar to what it is without Keaton’s involvement.

I would hate for people to think of this role as Keaton’s comeback as he has been working pretty steadily throughout his career. He stuck out as one of the better parts of the RoboCop remake and he was quite funny as Ken in Toy Story 3. The role of Riggan is that role of a lifetime that many actors dream of getting. Keaton keeps you invested in a character that is completely unhinged and tormented by his ego. He is by no means a likeable character, but you still watch and wait for that moment where he will crack and explode. I would not be surprised if he is the talk of awards season and becomes the one to beat for the Oscar. Edward Norton’s performance caused an ironic chuckle out of me because he seems to be playing a version of himself that we often hear about through various on-set rumors. He’s been known to be hard to work with and will instigate re-writes and additional edits on his movies. That being said, Norton perfectly captures that cocky, self-assured, egotistical side of Mike. The similarities between Mike and Riggan lead to some funny sparring matches between the two of them. Another standout in this wonderful ensemble is Emma Stone. She strips away the pretty, girl-next-door romantic lead we often see from her to play Riggan’s ex-drug addict daughter who is now working as his assistant. She has a powerful monologue about staying relevant that is one of the best moments I have ever seen from her on screen.

Alejandro González Iñárritu and cinematographer Emmanuel Lubezki made a bold choice to film the movie as if it’s one long tracking shot that lasts for two hours. It further enhances the theatrical elements of the story. Lubezki is a six-time Oscar nominee who won for his work on Gravity and will surely be nominated again this year. The camera seamlessly flows from dressing rooms to the stage through the hallways and spaces throughout the St. James Theater. There are only a few noticeable cuts throughout the film, but even then they are made to distinguish a passage of time. It is truly a stunning feat that is hard to pull off, but looks so flawless when it is executed so well like it is here.

Birdman is about as “meta” as they come if you know your comic book movie adaptations. Edward Norton and Emma Stone have both been involved in Marvel properties. He took a turn as The Incredible Hulk, while she has played Gwen Stacey in The Amazing Spider-Man films. The script is laden with references to various literary works, the theater, and other comic book actors like Robert Downey Jr, Michael Fassbender, and Jeremy Renner. Don’t go looking for Batman references strewn about the movie. Iñárritu and Keaton didn’t want the audience to get stuck on that character and distract from the Birdman/Riggan relationship.

The film takes you a bit of a crazy mind trip. I love these types of movies where you just don’t really know what’s going to happen next. The characters are all a bit of a mess and you debate if they completely lose it in the end or regain some sort of clarity within himself or herself. Iñárritu’s film will definitely leave people in deep discussion afterwards on a variety of topics like theater versus film, the egos of actors and directors, the commentary it has on comic book movies, staying relevant, or the role of social media in the industry. It will be one where you will either love it or absolutely hate it. For me, I wanted to go back and re-watch it all over again once the credits started rolling.

Is It Worth Your Trip to the Movies? This will be one of the more unique and daring films you will see all year.