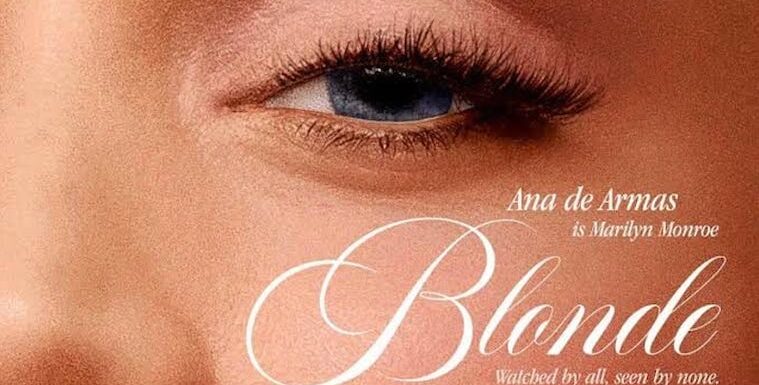 There have been multiple movies both on the big and small screen hoping to shed light on Hollywood legend Marilyn Monroe. While I haven’t seen every iteration, I can’t help but think that the new movie Blonde is the most repulsive and disrespectful we’ve seen so far.

Blonde has been adapted from Joyce Carol Oates’ controversial novel of the same name. Oates writes, “Blonde is a radically distilled “life” in the form of fiction.” I mention that to call attention to the fact that writer/director Andrew Dominik has chosen to make a fictional telling of Monroe’s life instead of telling a real chapter of her life with a new lens or insight. Marilyn Monroe was just a stage name for Norma Jeane Mortenson. Dominik starts his film with her as a young girl in 1933 living with her abusive, dysfunctional mother. It’s a brutal beginning to possibly explain why she was doomed from the start. When the film jumps ahead, we find her as an adult starting her career in show biz. She’s now played by Ana de Armas. She poses for pinup magazines, and we see her raped by Mr. Z. We’re to presume this is studio head Darryl Zanuck. The film proceeds to follow Monroe’s entire life from her career in movies like Some Like It Hot and The Seven Year Itch to her relationships with Joe DiMaggio who is referred to as Ex-Athlete while Arthur Miller is referred to as The Playwright. Now streaming on Netflix