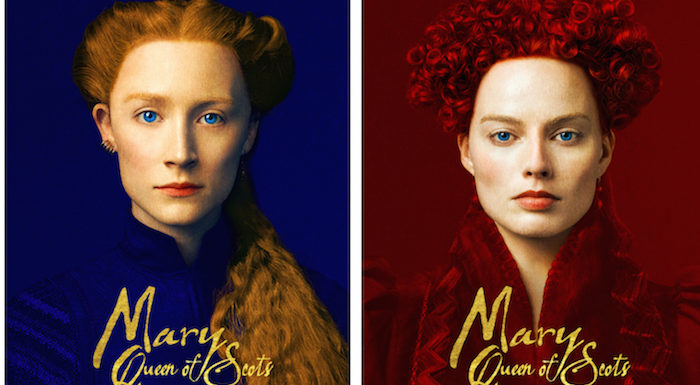 In 1561, Mary Stuart (Ronan) returns to Scotland as a divorced Catholic woman now taking over the throne as the Queen of Scotland. There is a clash of royalty as her cousin, Elizabeth 1 (Robbie), is the Queen of England and Ireland at the time. Elizabeth is a Protestant, and there’s a clash of religions for who is the rightful heir to the throne, Mary or Elizabeth. If Mary would to re-marry and have a child, it would drastically affect the lineage in place. She would ideally like to marry whom she falls in love with and wants peace with her cousin, Elizabeth. Elizabeth has no prospects for marriage or child, which throws her side of the succession off balance. While the women seem content, it’s the stubborn and manipulative men around them who can’t bear to have women in power and will stop at nothing to get what they want. Here’s my review
2018-12-17
Previous Post: PODCAST EPISODE 39: THE 2019 GOLDEN GLOBE NOMINATIONS
Next Post: Movie Review: ROMA