When you were watching a talk show or attending a recent concert, you may you have noticed the three or four singers standing in the background swaying or dancing along while singing the “oohs”, “aaahs”, or part of the vocal line. It may look easy, which is why it is unfortunate that most people probably take back-up singers for granted. When you start to think about it, some of the best songs ever recorded have background vocals. Sometimes they take a simple song and elevate it to a whole new level. In his new film 20 Feet from Stardom, documentarian Morgan Neville takes a look at the history and art of what it means to be a back-up singer.

The film follows the careers of Darlene Love, Merry Clayton, Táta Vega, Lisa Fischer, The Waters Family, and Judith Hill who have all made their careers by lending their powerhouse voices to some of the greatest performers in the industry including Bruce Springsteen, Sting, Luther Vandross, Stevie Wonder, Mick Jagger, Better Midler, just to name a few. It is great to see some of these well-known legends discuss the importance of background vocals to their work and how vital these artists are to the industry. It should come as no surprise that many of these artists come from a history of singing in their church when they were younger. A few of them mention being the pastor or minister’s daughter and learning how to blend and harmonize as part of the church choir. Bruce Springsteen states, “They bring a world with them.”

In the very early years, background singers merely sang what was written on the page. This idea shifted around the time of The Blossoms when singers like Darlene Love started adding guts and a playful attitude to the music. There is a fascinating story about how Phil Spector used Darlene and The Blossoms as lead vocals on a few songs like “He’s a Rebel”, but it was credited under The Crystals without any acknowledgment that it was Love’s voice that was front and center. She could only tolerate those “ghost recordings” for so long despite Spector’s demands. The film also highlights the fact that the music industry is not a fair or just business. Just because you have talent doesn’t mean you will automatically get a record deal or have huge success. Lisa Fischer was perfectly happy remaining a back-up singer. She has been working for decades and states, “Singing is about sharing, it’s not a competition.” She had a passion for singing and had no interest in becoming famous. Some of the other women have different opinions and envisioned their careers taking a different spin once they were offered a solo recording contract.

Even if you are not the biggest fan of this style of music, it would be hard not to acknowledge and appreciate the vital impact these singers have had on the music industry. The film serves as a celebration of music and shines a light by putting a name and face to so many voices we may have heard but did not know their story and history. It also charts the evolution of using background vocals in the music industry and where the need for that sound came from. As the film points out, it is a shame that this need started to die down in the ‘90s. As technology shifted, producers could mix and reshape the sound without needing to pay all of these vocalists for their work. 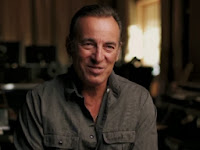 20 Feet from Stardom is one of the five nominees for Best Documentary for the 86th Academy Awards. This was the fourth film I watched, and by far my favorite. Some of the other nominees cover such heavy material, and this documentary proves that films in this genre don’t need to be these groundbreaking, earth shattering pieces trying to uncover some hidden truth or conspiracy. I am kicking myself that I never took the opportunity to see it in theaters. The music is so rich and vibrant that you can’t help but start singing along when you recognize one of the classic tunes mentioned.

Is it worth your trip to the movies? Yes. You will most likely find yourself singing along with these ladies.