One of the movies I remember watching as a child was the 1982 film adaptation of the musical Annie. It starred Aileen Quinn as the red haired title character, Albert Finney as Daddy Warbucks, the legendary Carol Burnett as Miss Hannigan, plus Tim Curry and Bernadette Peters. Trepidation took over when it was announced that their would be a remake. There was already a television version a few years ago with Kathy Bates as Miss Hannigan. You really can’t top the 1982 film version, so why are we bothering with another remake? 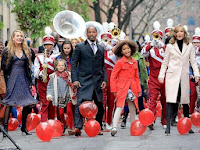 After her Oscar nomination for Beasts of the Southern Wild, it was announced that Quvenzhané Wallis was cast as Annie with Jamie Foxx taking on Daddy Warbucks. I was slightly on board with this concept as I thought it could have potential. Casting updates came with the news that Cameron Diaz would step aboard the coveted role as Miss Hannigan. What? How did that happen? When people were mulling over who could fill Carol Burnett’s shoes, how did Cameron Diaz come to mind? A press photo was released of Diaz in character and something did not look right. She still looked like Cameron Diaz. Where was the Miss Hannigan I know? Nothing about Diaz’s look screamed Miss Hannigan. 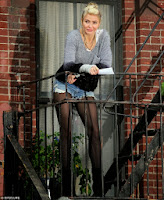 The trailer has been released and my initial negative reaction has now been cemented in place. The first time I watched the trailer, I was left speechless. Was this a joke? I can get behind trying to take a fresh take on the story, but it does not seem to work here. Everything about this trailer feels so wrong. The original story is set in 1933, and director Will Gluck has decided to have this version set in the current modern day. There is no Daddy Warbucks here as Jamie Foxx plays a politician named Will Stacks. I don’t even know where to begin when it comes to Cameron Diaz. She seems so miscast here that it looks painful for her. It should also be noted that Jay-Z and Will Smith serve as producers. This boasts a Christmas time release with the movie version of the Stephen Sondheim musical Into the Woods coming a week later. Thank God as that will hopefully triumph and leave this in the dust.