My Criterion Collection: ON THE WATERFRONT (1954)

I am sure we all have those classic films that we are too embarrassed to admit that we have not seen. You pretend like you have seen them as you have seen clips or you know some infamous quote. One of those films for me was On the Waterfront by Elia Kazan starring the one and only Marlon Brando. Tension between sides is mounting as the crime on the waterfront is escalating. Murders are occurring at the hands of mob boss Johnny Friendly (Cobb) but the waterfront longshoremen play “D&D” (deaf and dumb) to what is happening. No one wants to become a rat in the eyes of the mob. The death of Joey Doyle (Wagner) becomes the tipping point to uncovering the truth behind all of this. Word had traveled that he started cooperating with the cops about the recent crimes happening at the docks.

All eyes are on Terry Malloy (Brando) regarding the death of Joey as it is unclear of who from Friendly’s gang killed him by pushing him off the top of the building. Terry’s reputation is linked and connected to that of his brother Charley “The Gent”(Steiger) who is working closely with Johnny Friendly. He befriends Joey’s sister Edie (Saint) who will stop at nothing to get to the bottom of her brother’s death. She is also the only one who seems to see the real side of Terry, not the dockside reptuation his name carries. With the guidance of Edie and Father Barry (Malden), Terry’s conscience eats away at him to testify and do the right thing. It is a decision that could save his character and beliefs about himself but will destroy the already broken relationship he has with his brother.

It is hard to imagine this film without the masterful work done by Marlon Brando, yet he was not keen on taking the part. Budd Schulberg’s script was sent to him and returned without Brando opening it. He was furious with Kazan over his testimony at the House Committee on Un-American Activities. He had already turned in a legendary performance under Kazan’s direction in A Streetcar Named Desire. Frank Sinatra was approached for the part, but producer Sam Spiegel decided Brando was the better choice. Thank God he changed his mind as this role would have been quite different with Sinatra in it over Brando. It was only a year later when the two of them sang their way through Guys and Dolls. It is no secret after watching this why Brando is considered one of the greatest. Moviegoers have become used to the authentic and realism approach to the “Method” style of acting Brando was famous for using in his work. At the time, it was considered an all-new approach to film acting. Kazan and Brando were coming off their theater work at the Actor’s Studio and it shifted the tone of film acting afterwards. Karl Malden and Rod Steiger were also members of the Actor’s Studio. The culminating point of the film comes down to the infamous scene between two brothers as Brando and Steiger confront each other in the taxi. You may know it as the “I could have been a contender!” scene. Watching these two go back and forth at this pivotal point in their relationship is a masterclass in acting. Making her film debut is Eva Marie Saint who is raw and electrifying. It is hard to take your eyes off her scenes with Brando. She completely holds her own against him. 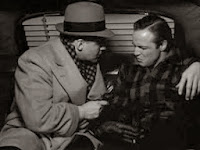 I mentioned Kazan’s testimony at the House Committee on Un-American Activities earlier as those events happened in the years prior to this being made. Kazan had exposed many members of Hollywood of being a part of the Communist party who were then blacklisted from the business. There are clear parallels between Terry Malloy’s testimony in the film and Kazan’s real life testimony. Theories go back and forth on if that was the clear idea and commentary Kazan had with making the film. Screenwriter Budd Schulberg stated that it was not intentional that way when he wrote his script, but Kazan states that this film was his response to why he did what he did. Hollywood forever stayed divided on their respect toward Kazan and his work throughout the rest of his career. His acceptance of an honorary Oscar in 1999 was very controversial despite the decades that had passed since his testimony. He states, “The motion pictures I have made and the plays I have chosen to direct represent my convictions.” 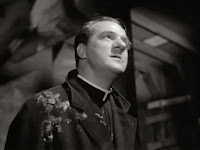 On the Waterfront went on to gain critical and audience acclaim and went on to win eight Academy Awards out of twelve nominations. The film won for Best Picture, Director, Actor (Brando), Supporting Actress (Saint), Screenplay (Schulberg), Cinemtography, Art Direction, and Editing. Malden, Cobb, Steiger, and composer Leonard Bernstein (West Side Story!) were nominated for their work as well. The film ranked #8 on the AFI’s Top 100 films of all time list back in 1997. It is also on their 100 Cheers, 100 Heroes and Villains, 100 Scores, and 100 Quotes lists. 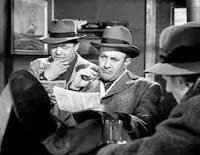 The Criterion Collection two disc blu-ray special edition boasts a plethora of extras for anyone that loves their film history. There is an all new 4K digital transfer with uncompressed monaural soundtrack. It has three different aspect ratios: 1.66:1, 1.85:1, and 1.33:1. Audio commentary with Richard Schickel and Jeff Young. A conversation between Martin Scorsese and critic Kent Jones. It is always fun to listen to Scorsese talk about film history as he seems so passionate about it and has this unbelievable wealth of knowledge about so many films. There are visual essays on Leonard Bernstein’s score and the aspect ratio. Plus, numerous documentaries and interviews with cast and crew and a look at some of the real-life people and places the film is loosely based on. I have been a big fan of what The Criterion Collection has to offer for many years. They do an excellent job at restoring the old classics and bringing art house films, independents, foreign films and contemporary films to a wider audience. Tune in each month as I highlight a different film in their collection.