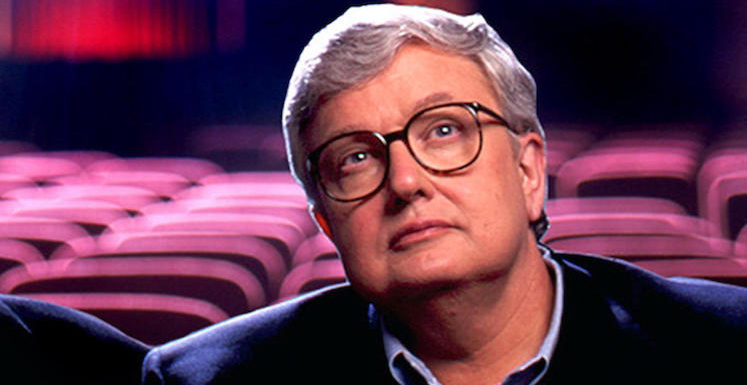 Originally written back on April 5, 2013. Reposting on the five year anniversary of his death.

There are certain deaths from the film industry that have had a lasting impression on me. In 1993, I was only ten years old and I remember being heartbroken by the death of River Phoenix. Six years later, Stanley Kubrick and Gene Siskel died within weeks of each other. I still remember standing in my parents driveway reflecting on both of them at that time. I had just started delving into Kubrick’s films and Siskel, along with his partner-in-crime Roger Ebert, were my movie critics. They transformed how I looked at movies and provided me with the knowledge and scope of what movies had to offer beyond the standard child fare or summer blockbuster action flick I would have seen at that age. Siskel left us far too soon. How can you have two thumbs up without Gene? On April 5, 2013, we have come to an end of an era. After battling cancer since 2002, Roger passed away and met Gene up in the balcony again.

I was devastated. Just a few days prior I had read, what would be his last blog post, “Leave of Presence”. He announced that his cancer had returned. In true Roger fashion and determination, that setback was not going to stop him. He was going to step back from some of his work and duties but still be a presence and voice to be heard. My brother texted me the day he died saying he was sorry to hear about Ebert. He knows of my history and admiration of the man. I thought he was just learning of the news the cancer had returned. I then had that horrible feeling that it was worse. I went online to find out that one of my biggest inspirations as an amateur movie critic and cinephile had passed away. I gasped and started to cry at my cube at work.

All of these memories started flooding my head of my history of being a loyal, avid fan of Roger’s. Saturday nights as a kid were spent watching “Siskel & Ebert at the Movies”. If I remember correctly it aired at 6:30pm in the Minneapolis market. I kept a journal of all of their reviews each week. I wrote down which way the thumbs went for each movie they discussed that week. It did not matter what the movie happened to be. It could have been some popular hit or some obscure foreign film I had never heard of, but I wrote it down. I jotted down their top ten best and worst of each year as well as other random notes from the episode. I “taped” them in case I wanted to reference them later. This was way back before DVR or OnDemand existed and I had to put faith in the VCR in hopes it would record properly and not shut off before the recap at the end. My parents are divorced and if I somehow missed an episode when I was staying with my dad, I made sure my mom had the notebook and watched the episodes so she could take notes for me. What a great mom. I did not know any other kids my age who even knew who Siskel and Ebert were, let alone took notes during every episode. I am sure those old notebooks are around my parents’ house somewhere. I saw Independence Day opening night and absolutely loved it. Give me a break, I was 13. I remember after the movie I said to myself that if Siskel and Ebert give it two thumbs down I was going to protest and stop watching their show. Sure enough, they gave it two thumbs WAY down. I was appalled. My protest lasted about two weeks and there I was back to journaling and watching each episode.

They were both film critics in the Chicago area which could have caused a huge rivalry. As they continued to work together, their friendship grew stronger and stronger. It was always fun hearing them bicker and argue with each other if they disagreed on a film, especially if one hated it and one loved it. At the end of the day, they never let their egos and opinions about certain films get in the way of their friendship. I really admire that about them. It can be so easy to be jealous or have a rivalry with someone else in your field. As Roger writes in his memoir “Life Itself”, “Gene Siskel and I were like tuning forks. Strike one, and the other would ring at the same frequency.”

Every week I went to his website and read his new reviews. It was something I could always rely on and look forward to. Oh sure, I may not have always agreed with him but I always valued his input and thoughts on a certain movie. He published numerous books over the years and many have their place on my bookshelf devoted to film history and criticism. My Uncle Bob and Aunt Kathy went to a book signing of his in Chicago and got “Roger Ebert’s Video Companion 1998 Edition” signed for me. It says, “To Paul, Roger Ebert.” I will forever treasure it. Whether they were the year-end movie companions, “Scorsese”, or “Life Itself”, I have picked them up numerous times to reference, find a new movie to watch, or gain some inspiration. One of the many qualities I admired is that he knew how to review each film within context. He knew not to critique Full Metal Jacket and Benji the Hunted on the same scale. His exuberance for movies is evident with each new post. When you watch him banter back and forth with Gene or read any of his articles, you can feel the passion pour into everything he wrote or said.

“No good movie is too long and no bad movie is short enough.” He never came up short on finding some new way to hail or rip apart a movie. You knew exactly why he loved certain movies. He could go on and on about why the movie was a crowning achievement in cinema. His collections in his “The Great Movies” series are reflections on movies that have had a lasting impression on him. I came across his thoughts on E.T. The Extra-Terrestrial in the first book in the series. It was not just a review of the Spielberg classic. It was a love letter to the movie, to Spielberg, and, most importantly, his grandchildren. He wrote them a letter about what it was like watching them experience E.T. The Extra-Terrestrial for the first time. I cannot wait to have those moments with my children and grandchildren. I want to watch their joy and excitement and wonder of watching one of my favorite movies. On the other end of the spectrum, he was not shy about the movies he HATED. Sometimes his reviews of terrible movies are more fun to read than the reviews of good movies. He has published compilations of those reviews as well. One of the more infamous reviews Gene and Roger did together was for the dreadful Elijah Wood/Bruce Willis movie North. Here is a classic Roger quote “I hated this movie. Hated, hated, hated, hated, hated this movie. Hated it. Hated every simpering stupid vacant audience-insulting moment of it. Hated the sensibility that thought anyone would like it. Hated the implied insult to the audience by its belief that anyone would be entertained by it.” I also particularily love this quote from his review of Transformers: Revenge of the Fallen “If you want to save yourself the ticket price, go into the kitchen, cue up a male choir singing the music of hell, and get a kid to start banging pots and pans together. Then close your eyes and use your imagination… The movie has been signed by Michael Bay. This is the same man who directed The Rock in 1996. Now he has made Transformers: Revenge of the Fallen. Faust made a better deal.”

I was so moved while reading “Life Itself”. I considered it a page turner in the way some others consider the latest mystery to be a page turner. Roger not only had a passion for movies but like the title says, “life itself”. As I read it, I was just enamored with his outlook on loving life, his work, his family, and his tenacity to keep working. He never let his cancer get in the way. He easily could have stopped working, stopped reviewing movies, and stepped away when his cancer got worse. When he lost the ability to speak and had his lower jaw removed, he never left. His new appearance was not about to stop him. He was never ashamed or embarrassed and still carried on with interviews and public appearances. In the book, he writes about the “Esquire” article and the full page photo of his face. It was the first time the public really saw him after the surgery. His work in the later years transitioned to a strong presence on his website, blog, and Twitter with traditional reviews, Outguess Ebert contest, and his picks for whatever was streaming on Netflix. I am sure a whole new generation of amateur film critics grew to know and love him via social media in the same way I did by watching “Siskel & Ebert at the Movies”.

Over the last few days I have re-read portions of “Life Itself”, read some of his older reviews in “The Great Movies”, and watched some of those old clips of “Siskel & Ebert at the Movies” on YouTube. It has been a joy to go back and re-watch those vintage jabs Gene and Roger had at each other. I loved reading peoples’ comments on Facebook and Twitter about their adoration of him. He resonated with so many people and reading how he changed others lives was so touching to see. His legacy to the film community was one of a kind. He was a movie critic for the people. I would never consider him to be one of those snobby high brow critics that only seemed to like art house pictures. He was one smart, honest, funny, and heartwarming man who shared his passion for film with countless individuals. I strive to be a better writer because of him. His writing was poetic and flowing with thought and emotion. He begged you not to just think of a movie of being either good or bad, but he asked you how it made you feel inside.
He wanted you to have a visceral reaction to it. Film criticism will never be the same without him. Luckily for Gene, the two of them are now up in the balcony together again reliving their glory days.