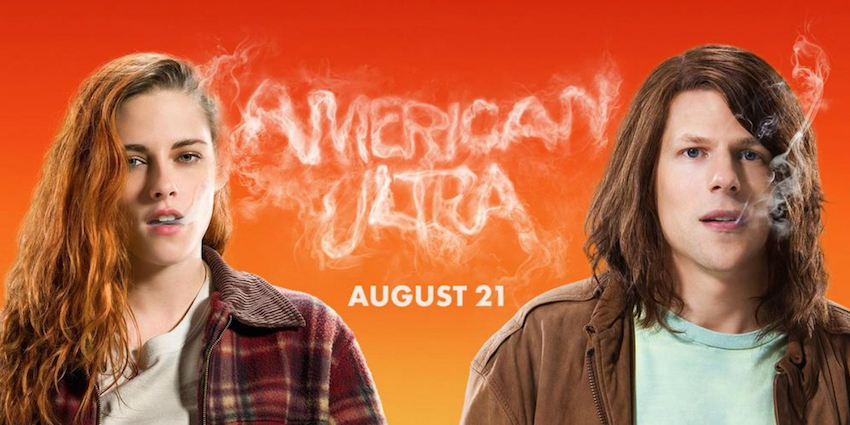 AMERICAN ULTRA Director: Nima Nourizadeh Starring: Jesse Eisenberg, Kristen Stewart, Topher Grace, Connie Britton, Bill Pullman, John Leguizamo, Walter Goggins, Tony Hale “Well…that was something.” Those were the precise words I said to another critic as the lights came up on American Ultra. I only watched the trailer once so I knew very little going in as to what to expect. I knew the actors and the idea of it being this stoner comedy/action type of movie. There’s potential there, as we’ve seen movies of this genre smash before. Pineapple Express and Edgar Wright’s Cornetto Trilogy are good example to show that you can do END_OF_DOCUMENT_TOKEN_TO_BE_REPLACED

BATMAN V. SUPERMAN: DAWN OF JUSTICE Director: Zack Snyder Starring: Ben Affleck, Henry Cavill, Gal Gadot, Jason Momoa, Amy Adams, Jeremy Irons, Jesse Eisenberg, Holly Hunter, Diane Lane, Scoot McNairy, Laurence Fishburne The trailer for Batman v. Superman: Dawn of Justice has finally been released. It feels like we have been waiting for this for awhile as production wrapped months ago. The movie won’t even hit theaters until March 2016. It does seem odd that a film this huge has a March release when this reads summer blockbuster. Does this mean the studio internally knows it will bomb or do they fear that it could END_OF_DOCUMENT_TOKEN_TO_BE_REPLACED

NOW YOU SEE ME Director: Louis Leterrier Starring: Woody Harrelson, Jesse Eisenberg, Isla Fisher, Dave Franco, Morgan Freeman, Mark Ruffalo, Michael Caine, Mélanie Laurent Magic comes in a variety of forms each appealing to a different kind of crowd. J. Daniel Atlas (Eisenberg) is your fast-talking brainiac who performs your standard set of card tricks. Merritt McKinley (Harrelson) pulls out unsuspecting people from a crowd and gets them to divulge life secrets as a mentalist. Jack Wilder (Franco) makes his living by doing sleight of hand tricks. He may end off ripping people off and stealing their money in the process. Henley Leeves (Fisher) pulls END_OF_DOCUMENT_TOKEN_TO_BE_REPLACED