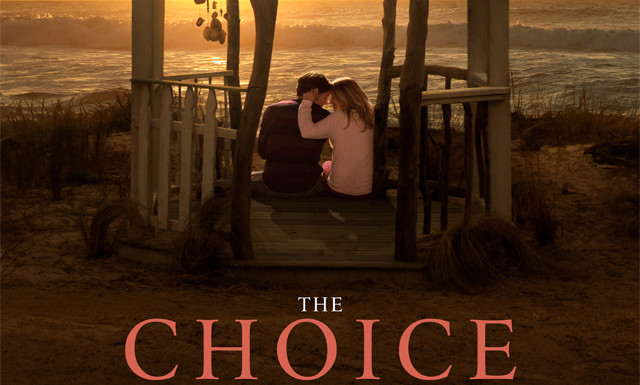 THE CHOICE Director: Ross Katz Starring: Benjamin Walker, Teresa Palmer, Tom Wilkinson, Tom Welling, Alexandra Daddario We’re only a few days away until Valentine’s Day which also means we’ve got our annual Nicholas Spark film released in theaters to make us feel all lovey dovey. During the hot days of summer in Wilmington, North Carolina, Travis Parker (Walker) is working hard as a vet and throwing barbeques with his friends. His music is a bit too loud on a nightly basis for his new next-door neighbor, Gabby Holland (Palmer). She’s a medical student just looking to study and be with her dog. As you can END_OF_DOCUMENT_TOKEN_TO_BE_REPLACED

THE LONGEST RIDE Director: George Tillman Jr. Starring: Scott Eastwood, Britt Robertson, Alan Alda, Jack Huston, Oona Chaplin, Melissa Benoist It seems like every year we are given a new Nicholas Sparks romance story. He quickly cranks out the books and the studios rush the film adaptations into production. I will admit to getting sucked into those early stories, but I had to take a break. They all start to blend in and feel like they’re the exact same book after awhile. The latest one, The Longest Ride, is adapted from his most recent book. The only thing Luke Collins (Eastwood) knows how to do END_OF_DOCUMENT_TOKEN_TO_BE_REPLACED