THE MENU Director: Mark MylodStarring: Ralph Fiennes, Hong Chau, Anya Taylor-Joy, Nicholas Hoult, Janet McTeer, Judith Light, Reed Birney, John Leguizamo Twists, turns, jaw-dropping moments, that’s what’s on the menu for the new satire, The Menu. Ralph Fiennes is quite diabolical as the head chef of a fancy, secluded fine dining restaurant. The guests arrive via boat to a private island as they get a tour of the grounds prior to the dinner. They include a food critic played by Janet McTeer, a hot shot actor played by John Leguizamo, and a young couple played by Anya Taylor-Joy and Nicholas Hoult. Hoult’s character, Tyler, is END_OF_DOCUMENT_TOKEN_TO_BE_REPLACED 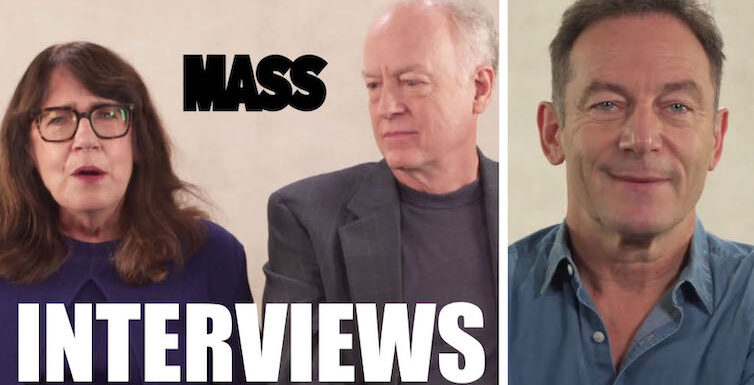 MASS Interviews – Ann Dowd, Reed Birney, Jason Isaacs The new film Mass is a powerful four-person character study on the healing process after a mass tragedy. I sat down with Ann Dowd, Reed Birney, and Jason Isaacs to talk about the personal lessons they each learned throughout telling this story. You do not want to miss out on this film. The story may be sensitive, but great conversation can come out of it. **Make sure to like the video and click SUBSCRIBE for more reviews and interviews** END_OF_DOCUMENT_TOKEN_TO_BE_REPLACED