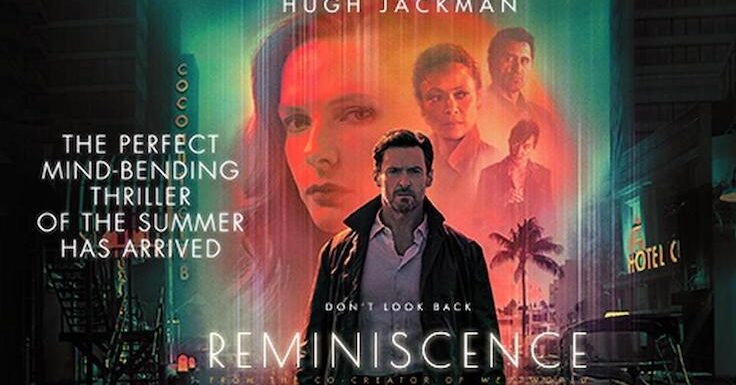 REMINISCENCE Director: Lisa JoyStarring: Hugh Jackman, Rebecca Ferguson, Thandiwe Newton, Maria de Tavira, Cliff Curtis The ability to watch someone else’s memory recall sits at the center of the new Hugh Jackman film Reminiscence. It takes place in what seems to be the near future however Miami now looks like Venice, Italy with its rising water. It’s rotten to the core with corruption after a war tore the city apart. Hugh Jackman’s character Nick Bannister runs a private company that allows clients to submerge themselves in a tank of water to recall memories and nostalgia. He mentions in the voice over narration that “The past END_OF_DOCUMENT_TOKEN_TO_BE_REPLACED