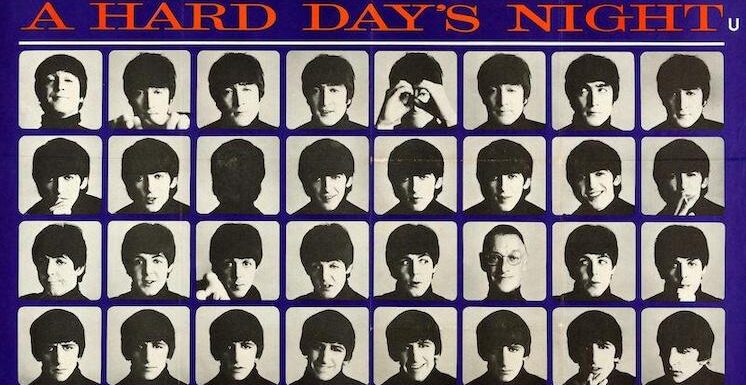 A HARD DAY’S NIGHT Director: Richard LesterStarring: John Lennon, Paul McCartney, George Harrison, Ringo Starr, Wilfrid Brambell, Norman Rossington This was originally written in 2014 as part of my Criterion Collection series. The Fab Four are seen hopping on a train after running away from hoards of screaming fans. While John Lennon, Paul McCartney, George Harrison, and Ringo Starr are playing themselves in the film, you immediately get the feeling that this is an exaggerated look into the life of the Beatles as they are getting ready for a performance. They allow themselves to show the goofier sides of their personalities. Where else would you END_OF_DOCUMENT_TOKEN_TO_BE_REPLACED

PAUL’S TOP 10 MOVIES OF 2021 It’s always fun to look back at the best movies of the year. It’s been a really strong year at the movies whether you went to movies in theaters or stayed home scrolling through your streaming queues. My Top 10 Movies of 2021 is a mix of all of that. You’ll recognize some big name directors (Steven Spielberg), up and coming directors (Jeymes Samuel), streaming services, two westerns, two musicals, two music documentaries, Marvel, Dune, and more! I’d love to hear from YOU! Drop me a comment on YouTube or on social media. What have been your favorite movies END_OF_DOCUMENT_TOKEN_TO_BE_REPLACED

THE BEATLES: GET BACK Director: Peter JacksonStarring: John Lennon, Paul McCartney, George Harrison, Ringo Starr, Michael Lindsay-Hoggm, Yoko Ono, Linda McCartney There’s no shortage of footage of The Beatles from any moment in their career, and yet, Oscar-winning director Peter Jackson has made the new documentary The Beatles: Get Back a riveting, probing look at the Fab Four. It was early January 1969 and the Beatles hadn’t performed live together in nearly two years but were set to record a new live album and a TV special. They were on a tight schedule with merely two weeks to write and record 14 new songs and END_OF_DOCUMENT_TOKEN_TO_BE_REPLACED