KING RICHARD Director: Reinaldo Marcus GreenStarring: Will Smith, Aunjanue Ellis, Saniyya Sidney, Demi Singleton, Tony Goldwyn, Jon Bernthal Will Smith gives the best performance of his career in King Richard. He stars as Richard Williams, the father of Venus (Sidney) and Serena (Singleton) Williams. He had a 78-page plan for his daughters to become the greatest tennis players of all time. This was all written up before they were even born. Richard, his wife Oracene (Ellis) and their five girls lived in a small house in Compton until Venus was allowed to practice at a world-renown training facility. The strength and power of family is END_OF_DOCUMENT_TOKEN_TO_BE_REPLACED 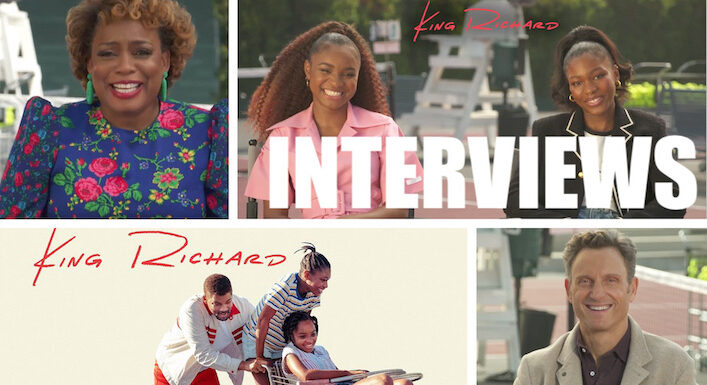 KING RICHARD Interviews – Aunjanue Ellis, Saniyya Sidney, Demi Singleton, Tony Goldwyn King Richard is the terrific new film about Venus and Serena Williams. It’s a tribute to their father Richard Williams who had a plan in place to make them the greatest tennis stars of all time. I sat down with Aunjanue Ellis, Saniyya Sidney, Demi Singleton, and Tony Goldwyn to talk about their inspiring true story about the power of family and determination. I’ve had some terrific new interviews lately with even more to come. Make sure to tap the LIKE button so more people can find my interviews, and then click SUBSCRIBE END_OF_DOCUMENT_TOKEN_TO_BE_REPLACED

DIVERGENT Director: Neil Burger Starring: Shailene Woodley, Theo James, Ashley Judd, Tony Goldwyn, Kate Winslet, Jai Courtney, Ansel Elgort, Maggie Q, Zoe Kravitz, Miles Teller Big screen adaptations based on young adult book series are a hot commodity in Hollywood right now. Some of them have been hugely successful like Harry Potter, The Hunger Games, and Twilight. Other like Beautiful Creatures, The Mortal Instruments, and Vampire Academy have not left a lasting impression on moviegoers. Divergent is the next film in this sub-genre hoping to have a massive appeal. It is based on the first book in a series of three by Veronica Roth. It END_OF_DOCUMENT_TOKEN_TO_BE_REPLACED

DIVERGENTDirector: Neil BurgerStarring: Shailene Woodley, Kate Winslet, Miles Teller, Theo James, Ashley Judd, Tony Goldwyn, Zoe Kravitz The success of the Harry Potter and Twilight movies have led to a new genre of movies based on young adult novels, particularity books of a series. Within the past two years, there have been numerous pre-teen/teen sagas to hit the big screen hoping to be the next big thing. Studios are willing to produce them as they can be huge cash cows. If they can drum up some big names in the lead roles, it can be even more lucrative. Some are huge successes like The Hunger Games while others seem to fizzle END_OF_DOCUMENT_TOKEN_TO_BE_REPLACED