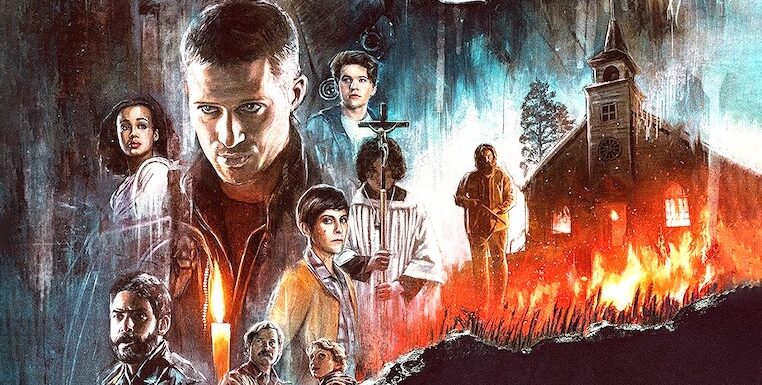 Writer/director Mike Flanagan is no stranger to horror thanks to his Stephen King adaptations and series like The Haunting of Hill House and The Haunting of Bly Manor. His latest series, Midnight Mass, is mentally jarring like the others.  Crockett Island population 127 is that small town where everybody knows each other’s history for the good and the bad. Riley Flynn (Zach Gilford) is the prodigal son who’s returned home after four years in jail following a drunken fatal car accident. He’s starting his life all over with nothing but a reputation that will haunt him. His mother tells him, “This isn’t a community anymore, honey. This is a ghost” It’s a religious old timey town where people gather for church daily. They’re taken aback when their beloved monsignor doesn’t show up, but instead, a younger Catholic priest named Father Paul Hill (Hamish Linklater) The cozy community is turned upside down after strange occurrences and miracles start to present themselves after the arrivals of Riley and Father Paul.

And check out my interviews with the cast!