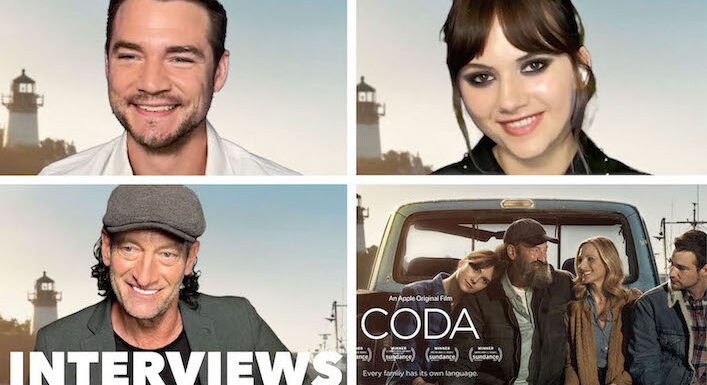 Emilia Jones, Daniel Durant, and Troy Kotsur star in the incredible new AppleTV+ film, CODA. It won four huge awards at the Sundance Film Festival including the Grand Jury Prize and the Audience Award. I sat down with the cast to talk about making a film about a deaf family with both hearing and deaf actors, the acclaim at Sundance, and I ask Troy and Daniel for advice they’d give to deaf kids who want to pursue the arts.

CODA is one of the very best films of the year, and I hope people are as moved by it as I was. Look for my review soon!