THE GOOD NURSE Director: Tobias LindholmStarring: Jessica Chastain, Eddie Redmayne, Nnamdi Asomugha, Noah Emmerich Jessica Chastain is no stranger to telling real stories from Zero Dark Thirty to The Eyes of Tammy Faye. Her new film The Good Nurse is compelling but won’t go in the direction you think it will. Chastain plays Amy Loughren, a single mom and night nurse who is dedicated to her family and her patients. It’s 2003 in New Jersey and she works at an understaffed, under financed hospital taxing her every step of the way. What complicates her life further is a heart condition, but getting a transplant and taking END_OF_DOCUMENT_TOKEN_TO_BE_REPLACED 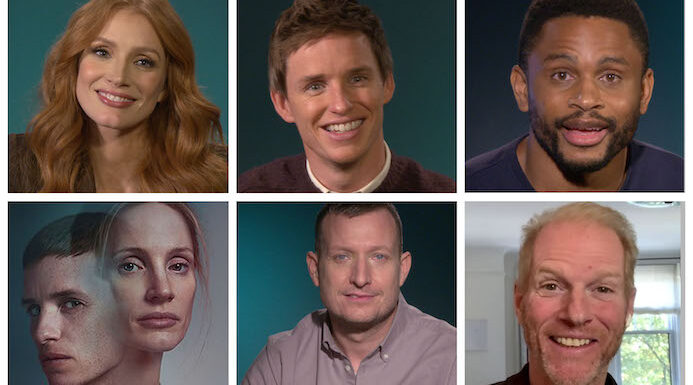 THE GOOD NURSE Cast and Director Interview Oscar winners Jessica Chastain and Eddie Redmayne star in the compelling true story The Good Nurse. It’s a darker, more sinister roll that we’re not used to seeing from Eddie Redmayne. I sat down with them along with costars Nnamdi Asomugha, Noah Emmerich and director Tobias Lindholm to talk about their new Netflix movie. *If you like my interviews, I highly recommend subscribing to my YouTube channel, Paul’s Trip to the Movies. I have some really fun interviews coming up for some highly anticipated Netflix series 😉 END_OF_DOCUMENT_TOKEN_TO_BE_REPLACED 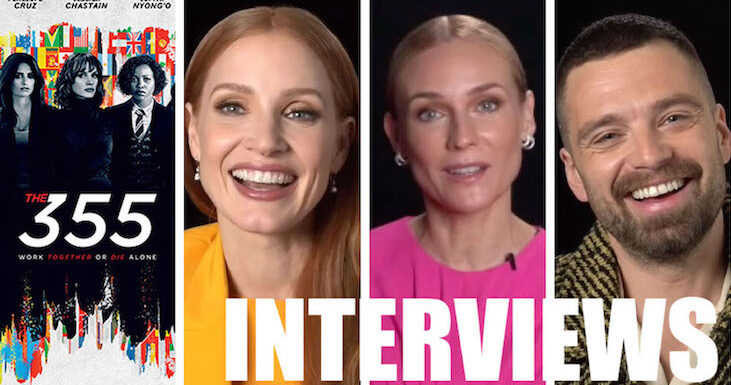 THE 355 Cast Interviews – Jessica Chastain, Diane Kruger, Sebastian Stan Jessica Chastain (The Eyes of Tammy Faye) produces and stars in the new spy thriller The 355. I sat down with Chastain and co-stars Diane Kruger (Inglourious Basterds) and Sebastian Stan (The Falcon and the Winter Soldier) to talk about the origins of the 355, fight choreography, stunt doubles, and French cuisine. The film is in theaters January 7. It’s a new year, and I have some fantastic interviews lined up over the next few weeks. I would love it if you liked this video and click SUBSCRIBE on my YouTube channel so more END_OF_DOCUMENT_TOKEN_TO_BE_REPLACED

THE EYES OF TAMMY FAYE Director: Michael ShowalterStarring: Jessica Chastain, Andrew Garfield, Vincent D’Onofrio, Cherry Jones, Sam Jaeger Jim and Tammy Faye Bakker were larger than life personalities who spread their ministry to millions of people every day. The new film The Eyes of Tammy Faye shines a light on the rise and fall of the televangelists. Tammy Faye always had this fascination with Jesus in hopes of being saved. Jessica Chastain plays Tammy Faye throughout the decades the film covers. She would meet her husband Jim, played by Andrew Garfield, at Central Bible College in Minneapolis in1960. Tammy Faye was enamored with him. He END_OF_DOCUMENT_TOKEN_TO_BE_REPLACED 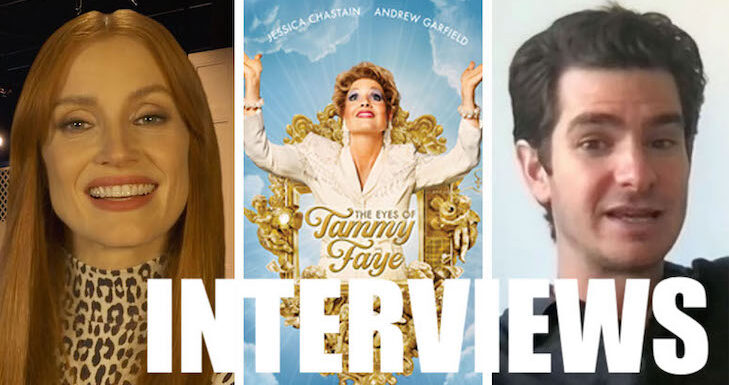 Jessica Chastain and Andrew Garfield Interview – THE EYES OF TAMMY FAYE Jessica Chastain and Andrew Garfield give incredible performances as Tammy Faye and Jim Bakker in the new film The Eyes of Tammy Faye. I sat down with the two of them to talk about playing controversial figures, the important collaboration with the hair and make up designers, and working together to bring the marriage of the Bakkers to the big screen. Here’s my interview. If you enjoyed it, click the thumbs up LIKE button and Subscribe to my channel for more interviews and reviews. END_OF_DOCUMENT_TOKEN_TO_BE_REPLACED

IT CHAPTER TWO Director: Andy MuschiettiStarring: Bill Skarsgård, Jaeden Martell, Finn Wolfhard, Sophia Lillis, Jack Dylan Grazer, James McAvoy, Jessica Chastain, Bill Hader, Isaiah Mustafa, James Ransone It’s been twenty-seven years since the members of the Losers Club battled Pennywise the Dancing Clown (Skarsgård) They’re now adults and have put their past traumas behind them. They’ve suppressed those memories until Mike (Mustafa) gives them an unwanted call. History is repeating itself in Derry as a new crop of killings have occurred. As kids they made an oath to return to Derry if Pennywise started his reign of terror all over again. When they arrive back END_OF_DOCUMENT_TOKEN_TO_BE_REPLACED 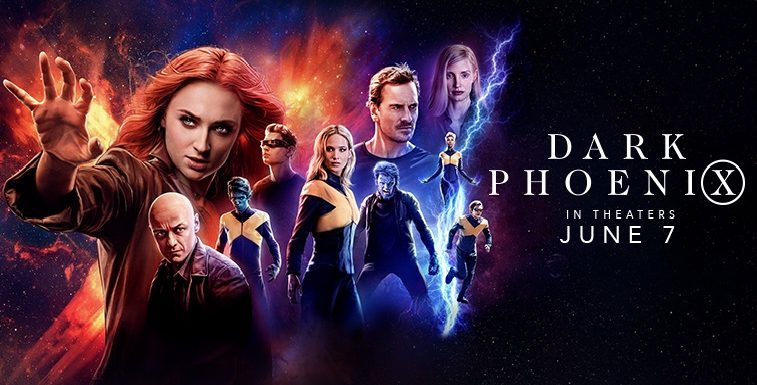 DARK PHOENIX Writer/Director: Simon KinbergStarring: Sophie Turner, Tye Sheridan, James McAvoy, Michael Fassbender, Nicholas Hoult, Jessica Chastain, Alexandra Shipp, Evan Peters, Kodi Smit-Phee Jean Grey is a favorite among X-Men fans. She’s had quite the journey as we’ve seen in the comics and film series. Dark Phoenix acts as part origin story as it charts evolution as mutant into the fully fledged Dark Phoenix. Game of Thrones’ Sophie Turner returns to the role of Jean Grey after appearing in X-Men: Apocalypse. We learn as a young girl she accidentally caused the death of her parents in a car accident. Her powers of telepathy and telekinesis END_OF_DOCUMENT_TOKEN_TO_BE_REPLACED

IT: CHAPTER TWO Director: Andy MuschiettiStarring: Bill Skarsgård, Jaeden Lieberher, Finn Wolfhard, Sophia Lillis, Jack Dylan Grazer, James McAvoy, Jessica Chastain, Bill Hader, James Ransone The new adaptation of It was a massive success at the box office breaking opening records for the horror genre. Unlike many horror sequels, IT: Chapter Two is not a cash grab. If you read the Stephen King opus or have seen the original Tim Curry version, you may remember that IT is told through the perspective of the Losers Club as children (as we saw in Part 1) and now, twenty-seven years later, as adults. The Losers Club reunites END_OF_DOCUMENT_TOKEN_TO_BE_REPLACED