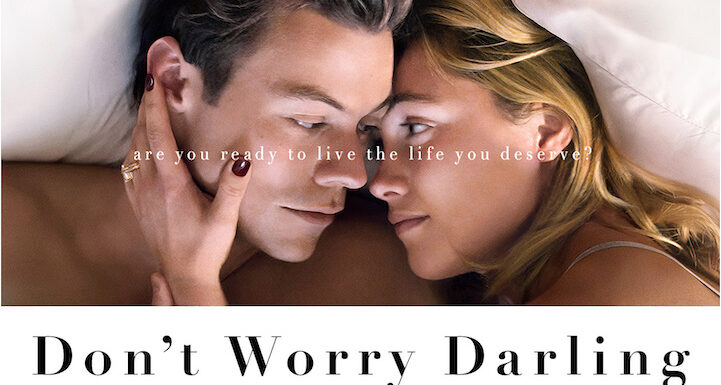 Olivia Wilde showed her strengths as a director with the coming-of-age film, Booksmart. Her sophomore effort, Don’t Worry Darling, suffers from a high concept she can’t quite match. She sets the film in a picture perfect 1950s community. Florence Pugh and Harry Styles star as married couple Alice and Jack Chambers. They live in a cul-de-sac neighborhood where all the men work for the same company, all leaving their driveways at the same time as they head out to work. Their wives wave goodbye and stay at home being the busy homemaker. It’s not long before you realize they’re part of an experimental little commune under their leader, played by Chris Pine. He’s married to Gemma Chan who’s the ballet instructor for all the wives. Alice becomes suspicious that something is seriously wrong when one of the wives seems to be under a trance. She sets out to uncover the disturbing secrets that are being kept from the members of this community. In theaters