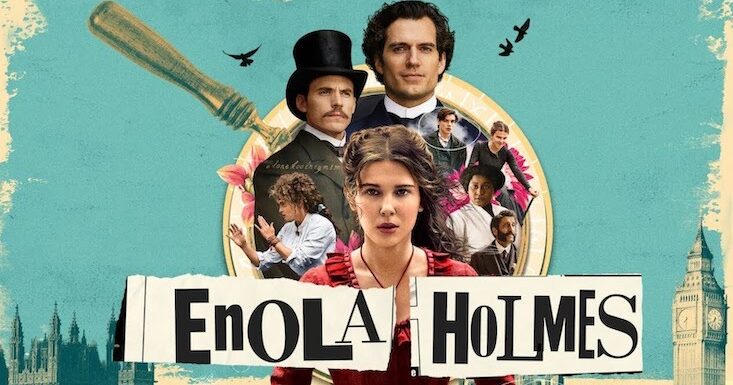 Millie Bobby Brown is making her leap from the quiet Eleven in Stranger Things to being the kid sister to Sherlock Holmes in Enola Holmes. Enola Holmes is the younger sister to Sherlock and Mycroft Holmes and now finds herself following in her brother’s footsteps. It’s the morning of her 16th birthday, and their mother (Helena Bonham Carter) goes missing. Enola hasn’t seen her brothers in years, but their mother’s disappearance doesn’t provide for a warm family reunion either. Enola slips out from under their watch to find their mother using the clues she’s left along the way. The search for her mom leads Enola to hidden secrets she may not be ready to hear. It also stars Henry Cavill as Sherlock and Sam Claflin as Mycroft.