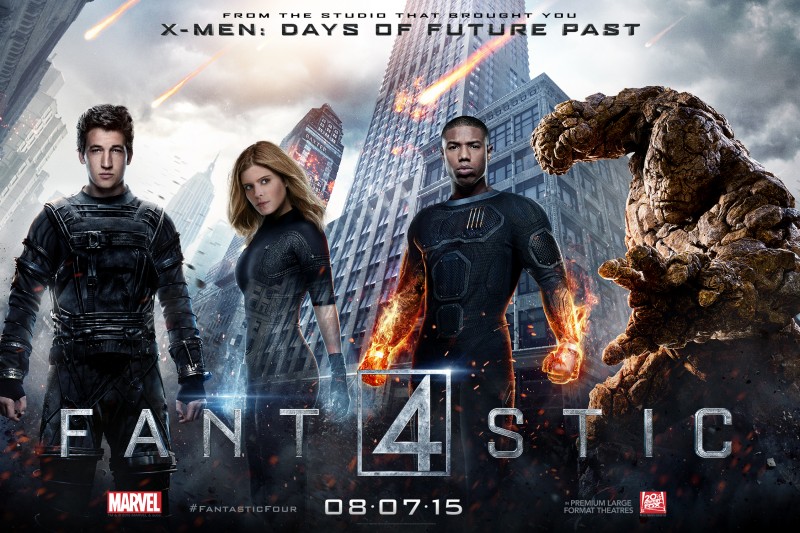 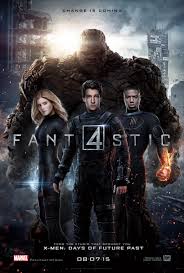 What’s worse? A bad movie with a stupid premise that should never have been made or a bad movie that stems from a beloved source material, has an exciting and talented cast, and a promising director? I often ask myself this question when I see bad movies. Fantastic Four falls into that second category. There seemed to be hope that a reboot of this Marvel property would produce something to help us forget that there were already two Fantastic Four films that were made in within the last ten years. Josh Trank, who helmed the low-budget and actually fantastic Chronicle, was lined up to direct Michael B. Jordan (Fruitvale Station), Miles Teller (Whiplash), Kate Mara (“House of Cards”), and Jamie Bell (Snowpiercer) as our four superheroes. I am a big fan of all four of them, so I was jazzed that we’d see a thrilling and fresh take on this story. Oh, how I was proven wrong.

Reed Richards (Teller) has always wanted to teleport since he was a little kid. He was laughed at in middle school for sharing this during Career Day and spent his nights in his garage working on a machine that would send objects to another dimension. His lone friend Ben Grimm (Bell) stood by his side helping him out. At a high school science fair, their latest experiment receives praise from the director of the Baxter Institute who invites Reed to come work on their latest project called Quantum Gate. Quantum Gate is the next step at transporting matter to another dimension with the ability to bring it back. Joining Ben are the director’s daughter Sue Storm (Mara), delinquent son Johnny (Jordan), and Victor von Doom (Kebbell) who started the project.

Quantum Gate is deemed a success after a monkey is sent to another dimension and returns delivering images of the mysterious planet on the other end. Reed, Victor, and Johnny get a bit cocky and want to test out their vision by being its latest subjects. Reed convinces Ben to join them at the lab and be their fourth test subject. The boys land on this secret planet full of green ooze and it’s not long before disaster strikes. Their illegal stunt gains attention and luckily Sue is able to help transport them back to the lab just in time as the planet starts to collapse. Johnny, Ben, and Reed are struck just as the machine is sent back to the lab. The explosion also hits Sue leaving the four of them alive but with special powers that they are forced to live with and learn how to control.

I lamented in my review of Ant-Man that I am sick of origin stories when it comes to comic book movies. I get that you need to cover this aspect of the character, but I truly think you could clip that section of a movie and wrap it all up within fifteen minutes. It’s as if Josh Trank, who also co-wrote the film with Jeremy Slater and Simon Kinberg, got so cocky by thinking that they would be guaranteed a franchise that they assumed they could take the whole first movie to introduce these characters. I just want to point out that Slater was also the writer of The Lazarus Effect, which is also on my worst of the year list. Fantastic Four feels like one long drawn out exposition type of movie. It’s an origin story that takes 100 minutes too long to tell when nothing else really happens by the end of the movie. There is no need to take so much time with Reed and Ben as kids. The child actor that plays Reed looks nothing like Miles Teller. The story then picks up with them in high school, but Teller and Bell are no longer young enough to play high school aged characters so it just feels a bit awkward in those scenes. It’s not just the basic structure of the film that feels derivative. So much of the dialogue is clichéd beyond repair. We have many cringe-worthy declarations with “We can’t change the past, but we can change the future” to lines like “This is all my fauIt” or “There is no Victor. Only Doom.” Doesn’t that last one sound vaguely familiar to something Sigourney Weaver says in Ghostbusters?

The explosion is that pivotal moment that catapults our four main characters into their superhero alter egos. It should have been a great scene, but it’s given cartoony 1980s quality special effects and it doesn’t take place until the movie is already half over. The writers then forgot how to give these characters any sort of personality or drive. It should feel exciting to watch these characters deal with their new powers but there is nothing there to give the actors anything to play with, which leads to stiff performances from actors I normally admire. You would have completely forgotten that Jamie Bell was playing The Thing, because when the CGI takes over and the voice is auto-tuned, it erases any sort of personality we saw from Bell early on.

It’s a shame that this reboot couldn’t regain the audiences’ trust in this material. I would like to see a decent Fantastic Four film, but I don’t really want another reboot later on. I also don’t think the answer is to go back and watch the version from 2005 starring Jessica Alba and Chris Evans. Chronicle was a promising start for Josh Trank but this film knocked him way back in the other direction. There are rumors of horrible working conditions, set fights, and he has come out and slammed the studio for ruining his original vision, which is not what the final product turned out to be. The truth probably lies somewhere in the middle. I feel bad for Jordan, Teller, Mara, Bell, and Kobbell. They are strong actors who probably signed on thinking this was going to be a great ride only to end up being wasted in a terrible movie.

Is It Worth Your Trip to the Movies? It should be called “Not So Fantastic Four”