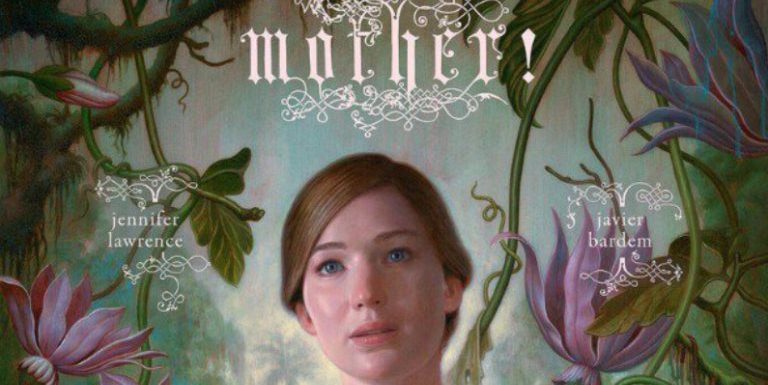 You won’t see another movie this year that will leave you scratching your head or digging your nails into your arm like you will during “mother!” Oscar winners Jennifer Lawrence and Javier Bardem play a married couple living out in an old farmhouse in a secluded area. It’s worth noting that none of the characters are actually given names in the movie. The credits give them generic titles like “mother” and “him,” respectively. Bardem is a famous poet looking to find inspiration again. We come to learn that this farmhouse was once nearly burned down, and Lawrence spends her days trying to rebuild and remodel it. Their house is so remote that it’s alarming when their doorbell rings late at night. In walks a doctor (Harris) looking for a bed and breakfast. Bardem allows the doctor to spend the night against his wife’s wishes. She becomes extremely suspicious given the fact she believes she sees the walls moving. The night doesn’t go without its oddities, and the next morning the doctor’s wife (Pfeiffer) appears at their house as if she’s been invited the whole time. The revolving door of unannounced guests brings forth the doctor’s two sons, played by real life brothers Domhnall and Brian Gleeson, in in a fit of rage against each other. The madness never ceases despite Lawrence becoming pregnant. Even that can’t calm her nerves when her husband’s manic fan club waltzes into their home as if they own the place.

You’ll know within the first thirty minutes if you will enjoy this movie. There’s theatricality to the first half of the film. Its sparse ensemble of actors is confined to a small playing space that is the house. It feels like this could be translated to the stage with the various supporting players popping up for a scene or two. There’s a slow burn approach as you desperately try to figure out what’s going on. It’s shrouded in mystery as to which character exists in reality. Are you supposed to think that Jennifer Lawrence is the sane one who finds it odd that guests are showing up at all hours of the day? Maybe it’s Javier Bardem whose trust in these guests is too good to be true. As the mother, Lawrence is the one that starts to descend into a state of madness, as she continually seems plagued by the walls and the happenings in her home that all seem to act as if it’s not out of the ordinary.

There’s a breaking point for the characters when the traditional first act would end if this was a play. I had no idea if we would see the likes of Ed Harris, Michelle Pfeiffer, or the Gleeson brothers in the second half. Don’t worry; they come back along with an onslaught of other visitors. The story crescendos into a mind numbing funhouse of chaos in the second half. Any sort of logic or problem solving you may have done in the first half is thrown out the window. It’s so jarring it almost feels like two different movies. If the first half took its time to set in place a mystery, then the second half barrels through so fast it’s hard to take in everything that is thrown out on screen. By the end, you will either love it or absolutely hate it. There’s really no leeway after the climax.

The man behind this disturbance is Darren Aronofsky, the visually arresting mind behind Requiem for a Dream and Black Swan. He seems very inspired by Roman Polanski’s Rosemary’s Baby. He tackles a variety of concepts any of which are in the hands of the viewer and what they want to latch onto. It plays out like a nightmare for Jennifer Lawrence’s character. Much like her, the audience doesn’t know what is real and what is happening inside her head. Some of the characters and the house are very real but the events that unfold are those parts of a nightmare that you can’t add up to know what they mean. Some will interpret it as an allegory for religious themes. Aronofsky is a religious man, and his previous film, Noah, enraged staunch religious viewers. The most obvious is the Cain and Abel aspect given to the two brothers. Again, this will only come to mind if the viewer has a strong understanding of various biblical stories. Those days are long behind me, so these metaphors didn’t come to me at first.

What transpired most apparently for me was the dark side of fame and the way we go about living in an ultra fast-paced society where we all think we deserve something. As we see with Javier Bardem’s character, he feels compelled to let his fans into his life. He’s the tortured artist but lives off the adoration of his fans much to the displeasure of his wife. As evidenced in the second half, it goes horribly awry when they expect the world from him in a godlike way. Aronofsky may be pointing to this growing notion that we have come to expect more from our favorite celebrities now that we have instant access to their lives via social media.

Adding in to the obtrusive nature is the work by cinematographer Matthew Libatique. He keeps the camera as tight in on Jennifer Lawrence as possible throughout a majority of the movie. She’s constantly moving around the house often in a state of panic. This is one of her most daring performances to date. It’s a grueling task and one that showcases her off better than something like Joy. She’s reaching far outside her comfort zone than the J. Law image we have come to expect. For me, it’s Michelle Pfeiffer that’s the standout. We’re treated to the deliciously wicked side of her that’s been missing in recent years. She’s boozy and intrusive as Ed Harris’ wife.

I haven’t seen a movie quite like this in a long time. It’s extremely nerve-wracking to the point where I had no idea where it was going or what was going to happen next. Aronofsky has a new take on the home invasion subgenre of horror. Its themes and messages are left in the eye of the moviegoer, which will anger those looking for cut and dry answers with a bow wrapped around them by the end. That doesn’t happen with “mother!” I love movies that make you guess and leave you with some strong reaction at the end. There’s no way you will walk out of this movie with a ho-hum response forgotten about it by the time you get home. I was deeply engrossed from start to finish even if I was repulsed at times.

Is It Worth Your Trip to the Movies? Only if you want to experience a visually disturbing and graphic madhouse that will keep you guessing from start to finish.