Movie Review: SEE HOW THEY RUN 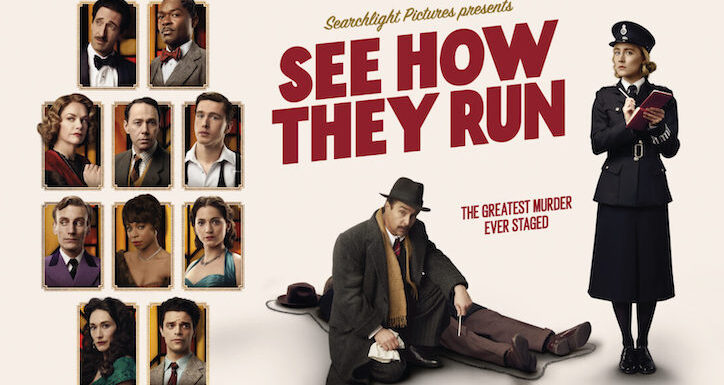 SEE HOW THEY RUN

The murder mystery genre is hot right now with Knives Out, The AfterParty, and Kenneth Branagh’s remakes of Agatha Christie stories. Fans of the genre will love the new film See How They Run. It’s 1953 in London’s West End theater scene with Agatha Christie’s widely popular “The Mousetrap” wowing audiences. That is except for Adrian Brody’s character who serves as the unreliable narrator, Leo Kopernick, who states “It’s a whodunnit. You’ve seen one, you’ve seen them all.” He’s been blacklisted in the industry but still brought in from the United States to direct the big screen adaptation of the play. There’s a lavish affair to celebrate the 100th performance, and Leo is killed backstage by a mysterious figure shrouded in the darkness. Sam Rockwell and Saoirse Ronan star as Constable Stoppard and Constable Stalker who are on the case ready to solve the mystery. Like any good murder mystery, See How They Run features a big cast with David Oyelowo, Ruth Wilson, Harris Dickinson, and Shirley Henderson.