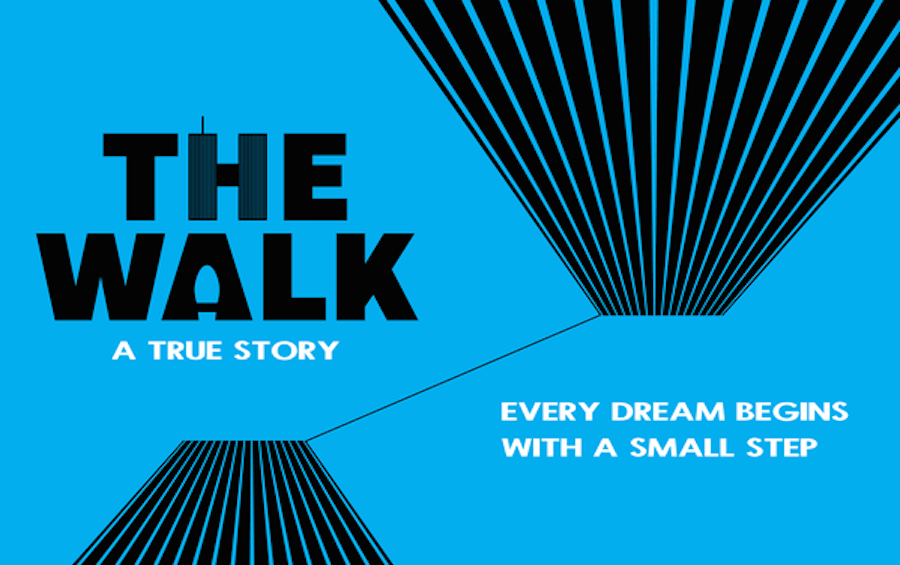 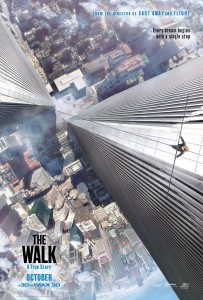 If you’ve seen the Oscar winning documentary Man on Wire, you may already be familiar with the story of Philippe Petit. If not, you are in for one unbelievable true story. As a young man, Petit (Gordon-Levitt) spent his time as a troubadour and performer in the streets of Paris. He was obsessed with high wire walking and was always looking for the next place to hang his wires. He feels life instead of death when he is up on his wires. One day while flipping through a magazine, he sees an advertisement for the new World Trade Center towers that are being built in New York City. He knows right then and there that his dream would be to walk across the two towers. Time is limited for him in order to train for it and gather a crew to help him execute his plan. He isn’t even turned off by the fact that this is extremely illegal, and in turn, considers it a surprise artistic coup that he must embark on. Once Petit sets his date for August 7, 1974, it is an all-out heart pounding race to pull it all off without getting caught. Any slip up, miscalculation, or error along the way could jeopardize his mission.

Oscar winning director Robert Zemeckis (Forrest Gump) was inspired by Petit’s story and knew it would make for a fascinating movie if he could capture what it would have been like to be in Petit’s shoes as he’s attempting to walk across the Two Towers. Even in Man on Wire, there is no video footage of Petit’s actual walk, as only photographs exist of the event. He’s mentioned in interviews that he used all of the digital camera techniques and tricks he knows in order to capture the true height and scale of what Petit was trying to accomplish. It’s extremely well done, and the use of multiple overhead shots could leave people a little queasy if they have a fear of heights and falling. You may want to stick to 2D if that’s the case. It’s only in it’s second half does the film become interesting and suspenseful as the action is set in place for Petit and his crew to start their rigging and pull it all off. Zemeckis crafts this section like a caper film leading up to the thrilling walk.

This energy and drive makes the whole beginning and setup all the more frustrating. The whole first half of the film feels very safe like a glossy “Hollywoodized” telling of the events. Joseph Gordon-Levitt as Petit is seen narrating the film by breaking the fourth wall and addressing the audience while standing on top of the Statue of Liberty. Mind you this is all done against a green screen. This convention feels extremely unnecessary. With him narrating, it’s told through his perspective leaving this section with a very naïve and innocent tone to it. I get that Zemeckis, who co-wrote the screenplay with Christopher Browne, is trying to capture that whimsical zest for life Petit had, but it would have been more effective to play into the dangerous and illegal aspects to really show off how fearless and crazy he was to try to attempt such a daring act. It could have propelled the anticipation even more leading into the second half.

Joseph Gordon-Levitt has found another role that seems to fit him like a glove. He may not bear a striking resemblance to Petit but a bad wig and blue contacts try to help that out. What he does have is a fearless aura like Petit and a willingness to try anything. If you’ve seen him in interviews he always has a love of life, just like Petit. He has to spend the movie speaking French and English with a French accent. His French seems fluid and flawless as if he’s been speaking it his whole life. I’m sure he had help form co-star Charlotte Le Bon (The Hundred-Foot Journey). They have wonderful chemistry together with her playing Annie, a street musician who ends up becoming his girlfriend. Ben Kingsley also pops up playing Petit’s mentor, Papa Rudy, who ran a circus and taught him the mechanics of wire walking.

I always find it a bit relieving knowing that the real life inspiration was a part of the filming process. Philippe Petit was a consultant on the film and trained Gordon-Levitt on all of the high wire stunt work. His spirit is without a doubt captured in The Walk. It would be nearly impossible to see a movie about the World Trade Center and not think about the tragic events of 9/11. Zemeckis knows this and treats his movie like a love letter to the Two Towers and what they meant for Petit and the citizens of New York at the time they were built.

Is It Worth Your Trip to the Movies? The final payoff is well worth it and makes up for a clunky beginning.

2015-10-01
Previous Post: YOUR FIRST LISTEN: “WRITING’S ON THE WALL” By SAM SMITH FROM SPECTRE
Next Post: Movie Review: THE MARTIAN