In the current era of watching reality television when it seems normal to watch the lives of trashy people, drunk people, or rich snobby people, one would not bat a lash at watching a documentary about two crazy cat ladies. In 1975, a cult classic was born as documentarians David and Albert Maysles stepped onto the estate of Grey Gardens located in East Hampton. From the rundown, decrepit appearance on the outside one would think it was abandoned but inside lived the lives of two very fascinating women.

Edith “Little Edie” Bouvier Beale is the cousin of First Lady Jackie Kennedy. Little Edie lived at Grey Gardens with her mother Edith “Big Edie” Bouvier Beale. It was the family estate, and Big Edie swore she would never leave Grey Gardens. The look of decay and crumble inside is worse than the appearance on the outside. Big Edie points out a raccoon that is eating away at the wall. It is an unfortunate truth that cats and raccoons run amok in the house. It doesn’t seem to bother the Beales as Little Edie dumps an entire box of cat food and slices of white bread on the floor to feed them. She even comments and laments over the fact that a cat is urinating behind a portrait. 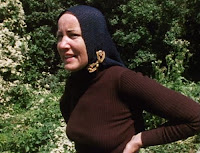 Little Edie plays the role of tour guide to the Maysels as she shows off the estate. She shows off the gardens and explains how things go missing in there like an article of clothing that she will never get back. The history of Grey Gardens and their family comes up numerous times as mother and daughter reminisce about the past. “It’s very difficult to keep a line between the past and the present”, explains Little Edie early on in the film.

The focus is not about how they are now living in squalor. The filmmakers give us a look at a loving relationship between mother and daughter who have stuck by each other despite some conflict and resentment. Little Edie is 56 years old but feels trapped in the house. She constantly discusses how she wants to leave and go to the New York City. She thinks she was going to make it big as a singer and dancer but blames her mother. She felt very pressured to stay at home with her when she was going through health problems. She talks about how all of her friends went overseas and got married, but she got stuck here taking care of mother and the cats. Big Edie told her it was her choice. Little Edie starts quoting Robert Frost’s “The Road Not Taken” to illustrate her point better. She firmly states, “I won’t get out of here until she dies or I die.” Little Edie cannot seem to stand living in the place with the constant fleas and states that she wants to leave in one year time. She refuses to actually act upon it even though she is a grown woman who can make her own choices. 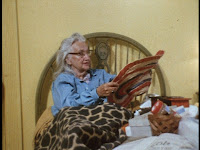 Big Edie spends most of the documentary lying around in bed or in a chair often times not wearing enough clothing to cover her up. She is not afraid to get naked because she claims she doesn’t have any warts on her. She goes so far as to even cook in bed. Groundskeeper Jerry loves her corn so she goes about cooking some for him while lying in bed. She is crazy about her children. She harkens back to the time when she was terribly successful and that she was the happiest when she was going out singing. She liked it better than anything else she did. She wants to get her voice back the way it was when she was 45. Little Edie tries to tell her she can’t get her old voice back. Big Edie then goes into a rendition of “Tea for Two” while an old record plays it in the background to show off her voice.

The constant back and forth criticism between the two of them is very evident throughout the film. Little Edie is constantly blaming Big Edie for never allowing her to move on in life. Whenever, the two of them sing together Big Edie criticizes Little Edie’s pronunciation of vowel sounds and how she’s not singing correctly. Big Edie explains that her “voice is beautiful and trained.” Looks are not out of the line when it comes to criticism. Big Edie comments on how beautiful and good looking Little Edie used to be but claims she just doesn’t care anymore. 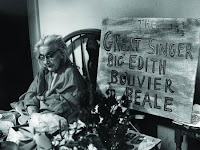 Grey Gardens still fascinates people to this day as the crazy, eccentric Beales continue to leave their mark on anyone that watches the movie. Little Edie had a look and personality all her own. She designed many of her own outfits combining random pieces and wearing them in a different way than intended. She is never seen without a turban due to health problems with her hair. Her quirky phrases with the thick accent are quite endearing. Despite the health problems, financial problems, and living style, both ladies never seem to make the choice to make their lives any better. They are both so dependent on each other that they carry on living life in this decaying mansion with the cats, raccoons, and fleas. Unfortunately both ladies are no longer with us. Big Edie passed away shortly after the release of the film in 1977 and Little Edie passed away in 2002. The film has led to a Tony-winning Broadway musical with Christine Ebersole and Mary Louis Wilson. HBO made a movie following the women from when they lived a rich extravagant life through the filming of the documentary and Jackie Kennedy’s desperate attempt to help them out. Drew Barrymore and Jessica Lange both won awards playing Little Edie and Big Edie, respectively. The Beales have been referenced on various television shows like “30 Rock”, “Gilmore Girls”, and “The New Normal”. The story of these ladies is huge in the gay culture and led Rufus Wainwright to write a song about them on his album “Poses”. 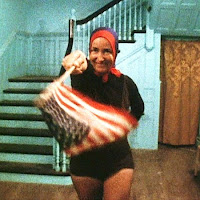 The Beales were not the original subjects of the Maysels documentary. They were going to shoot a movie about Jackie and Lee Bouvier, but upon interviewing Little and Big Edie, changed their minds and focused the film on those two. The Maysles shot so much footage that they released a companion documentary called The Beales of Grey Gardens in 2006 that uses archival footage that they did not use the first time around. Both films can be found as part of the Criterion Collection on DVD. I have seen both of them a couple of times and continue to watch them. I do not watch a lot of reality television and often get frustrated on how the really trashy ones gain notoriety. On the other hand, I love Grey Gardens, so does that make me a hypocrite?