“Folk songs? I thought you said you were a musician?”

The Coen Brothers newest offering takes us inside the world of the 1960s folk music scene in Greenwich Village. It is based loosely on Dave Van Rank’s memoir The Mayor of MacDougal Street. Frequent Coen Brothers collaborator John Goodman stars in the film with another odd haircut. According to the Hollywood Reporter, T. Bone Burnett and The Punch Brothers are involved in producing the music in the film, and Marcus Mumford and Justin Timberlake are collaborating together on a song for the soundtrack.

What are your first thoughts? Does the folk music have you itching for more? Will this be another strong Coen Brothers film or fade away quickly? 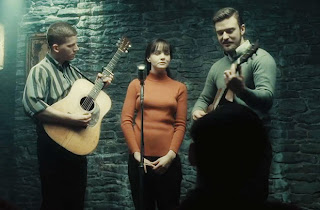