DUNE Director: Denis VilleneuveStarring: Timothée Chalamet, Oscar Isaac, Rebecca Ferguson, Stellan Skarsgård, Zendaya, Josh Brolin, Jason Momoa, Javier Bardem, Dave Bautista, Stephen McKinley Henderson, Sharon Duncan-Brewster, David Dastmalchian One of the most highly-anticipated films of the year is the latest adaptation of Frank Herbert’s classic novel Dune. Writer/director Denis Villeneuve brings Herbert’s world to life in a breathtaking jaw-dropping fashion. The planet of Arrakis is beautiful when the sun is low. It’s rich commodity known as the spice is coveted by all. There are spice harvesters at night and sand worms to test nefarious wanderers. Without the spice, interstellar space travel is impossible so there’s END_OF_DOCUMENT_TOKEN_TO_BE_REPLACED

ARMY OF THE DEAD Director: Zack SnyderStarring: Dave Bautista, Ella Purnella, Omari Hardwick, Tig Notaro, Garret Dillahunt, Matthias Schweighöfer, Raúl Castillo Zack Snyder made his directorial debut with his remake of Dawn of the Dead. He’s returning to the zombie apocalypse with Army of the Dead. The opening kicks off convoy of army trucks that crash into a car. Their special cargo is tipped over and unleashes a zombie onto the roads of Las Vegas. Cut to the zombie apocalypse and the city is walled off trapping the zombies in the Las Vegas strip. The government is set to drop a nuclear bomb on the END_OF_DOCUMENT_TOKEN_TO_BE_REPLACED

STUBER Director: Michael DowseStarring: Dave Bautista, Kumail Nanjiani, Mira Sorvino, Betty Gilpin, Natalie Morales, Karen Gillan Vic Manning (Bautista) has spent the last six months trying to track down a drug lord who killed his partner in action. He takes his job as a cop so seriously he blames himself for his partner’s death. His work has also had a lasting affect on the relationship with his daughter. He final gets the call regarding the whereabouts of this drug lord he’s tracing, but it happens to be the same done he gets Lasik surgery. His vision is blurry and can’t see to drive. He hops END_OF_DOCUMENT_TOKEN_TO_BE_REPLACED

BLADE RUNNER 2049 Director: Denis Villeneuve Starring: Ryan Gosling, Harrison Ford, Ana de Armas, Robin Wright, Jared Leto, Dave Bautista, Mackenzie Davis, Barkhad Abdi, Sylvia Hoeks The release of Blade Runner in 1982 was groundbreaking in the sci-fi genre. Director Ridley Scott and star Harrison Ford presented a dark and bleak story set in 2019 about an artificial intelligence species and the cops that were tasked to destroy them. Thirty years have passed since the events of the first movie, and the future is still grim in California in 2049. The bioengineered humans known as replicants have nearly been destroyed and the few remaining have END_OF_DOCUMENT_TOKEN_TO_BE_REPLACED 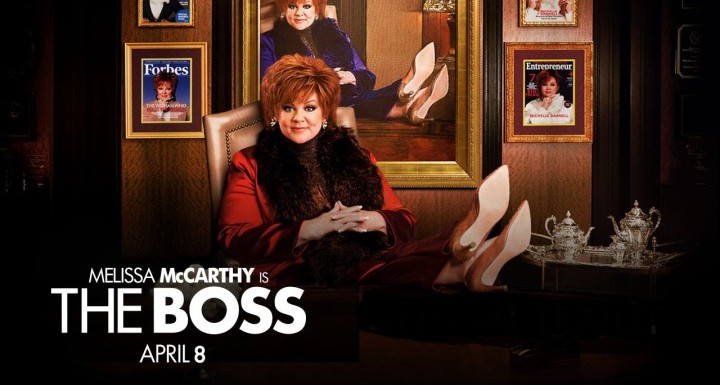 THE BOSS Director: Ben Falcone Starring: Melissa McCarthey, Kristen Bell, Ella Anderson, Peter Dinklage, Kristen Schaal, Cecily Strong, Kathy Bates, Tyler Labine, Margo Martindale, Cedric Yarbrough Melissa McCarthy and her husband/creative partner, Ben Falcone, are back with another loud-mouthed character that aligns with many of the other characters she has created recently. She plays Michelle Darnell who spent her childhood being tossed around from foster home to foster home thanks to Margo Martindale’s character. Now she’s a business titan who has risen from the ashes to become a confident and successful career woman. She’s dressed to the nines in head to toe designer labels and END_OF_DOCUMENT_TOKEN_TO_BE_REPLACED 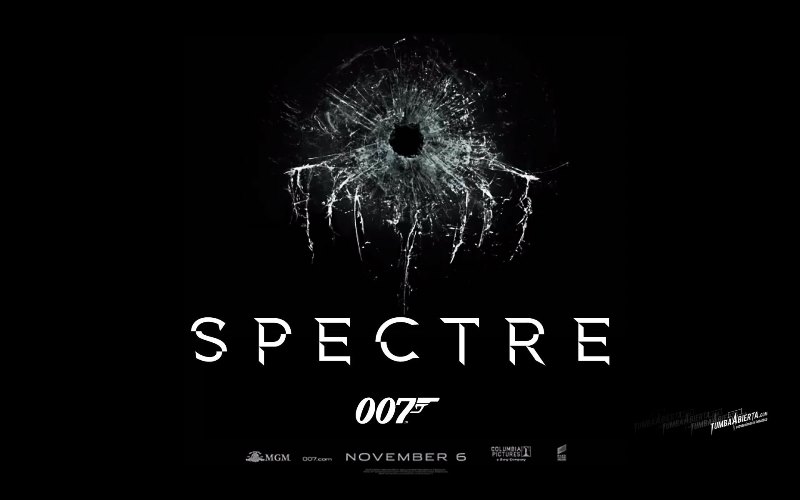 SPECTRE Director: Sam Mendes Starring: Daniel Craig, Christoph Waltz, Léa Seydoux, Dave Bautista, Naomie Harris, Ben Whishaw, Ralph Fiennes, Rory Kinnear, Andrew Scott, Monica Bellucci, Alessandro Cremona Daniel Craig is back for his fourth outing as James Bond, Agent 007. Back at MI6, the 00 program is at risk of being shut down after a new global surveillance initiative is being launched by the ruthless Max Denbigh, aka C (Scott). Bond causes a massive scene of destruction in Mexico City without being given the proper authority, which only fuels the move to terminate the 00 program. The current M (Fiennes) removes him from official 00 END_OF_DOCUMENT_TOKEN_TO_BE_REPLACED 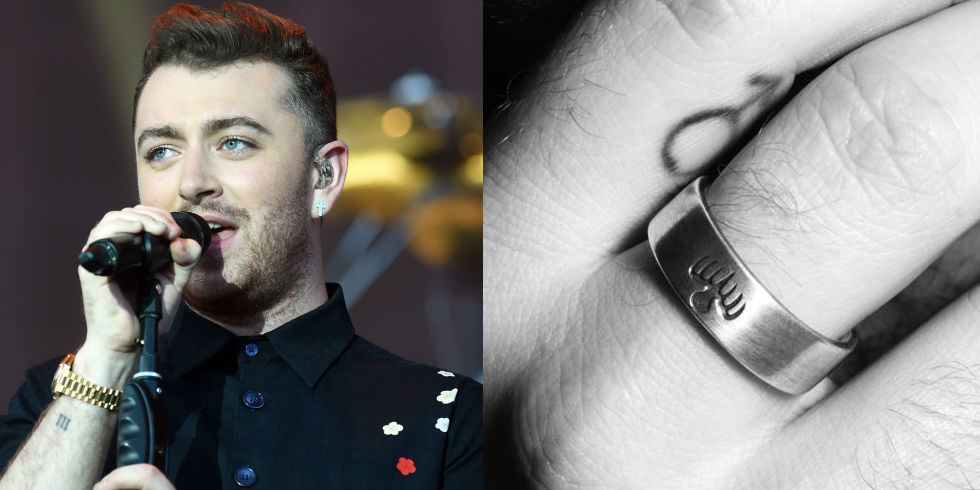 YOUR FIRST LISTEN: “WRITING’S ON THE WALL ” By SAM SMITH FROM SPECTRE Director: Sam Mendes Starring: Daniel Craig, Christoph Waltz, Léa Seydoux, Ralph Fiennes, Monica Bellucci, Dave Bautista, Naomie Harris, Ben Whishaw The latest James Bond theme, “Writing’s On the Wall”, has finally been released weeks after it was announced that Grammy winner Sam Smith won the coveted position. He follows in the footsteps of Paul McCartney, Shirley Bassey, and Adele who all lent their vocals to a James Bond theme song. Adele even won the Oscar and Grammy for the theme to the last Bond film, Skyfall. Smith brings out his high falsetto END_OF_DOCUMENT_TOKEN_TO_BE_REPLACED 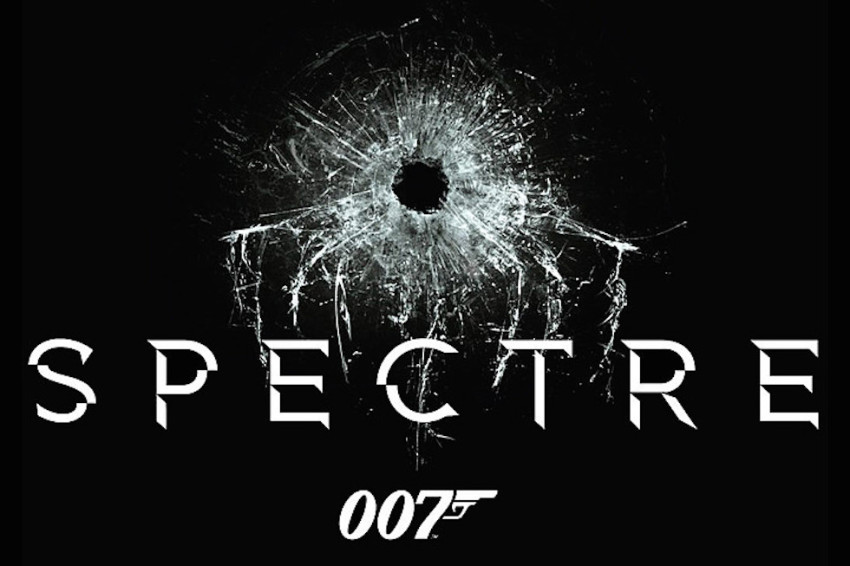 SPECTRE Director: Sam Mendes Starring: Daniel Craig, Ralph Fiennes, Naomie Harris, Ben Wihshaw, Christoph Waltz, Léa Seydoux, Dave Bautista, Monica Bellucci Every time I hear that iconic James Bond theme, I get those little goosebumps of excitement. Daniel Craig is back to play the iconic Ian Fleming character under the direction of Skyfall director Sam Mendes. I absolutely loved the last James Bond film and am really looking forward to see what direction they take the series. Skyfall saw the return of Q now played by Ben Whishaw and Ralph Fiennes was appointed the new M at the end of that film. I blogged my END_OF_DOCUMENT_TOKEN_TO_BE_REPLACED

GUARDIANS OF THE GALAXY Director: James Gunn Starring: Chris Pratt, Zoe Saldana, Dave Bautista, Vin Diesel, Bradley Cooper, Lee Pace, Benecio Del Toro, Djimon Hounsou, Glenn Close, John C. Reilly Move over Avengers, because Marvel has a whole new set of heroes that are worth checking out and worth our money at the box office. This is the third Marvel release this summer after The Amazing Spider-Man 2 and X-Men: Days of Future Past. Funnyman Chris Pratt suits up as Peter Quill, a.k.a Star-Lord, a pilot who was abducted into space as a kid on the same night his mother died. He now finds himself END_OF_DOCUMENT_TOKEN_TO_BE_REPLACED