HOCUS POCUS 2 Director: Anne FletcherStarring: Bette Midler, Sarah Jessica Parker, Kathy Najimy, Whitney Peak, Belissa Escobedo, Lilia Buckingham, Sam Richardson, Hannah Waddingham, Tony Hale Hocus Pocus has become a cult classic since its release in 1993. New generations of fans have discovered a love of the Sanderson Sisters and its popularity only seems to grow more and more each year. Thankfully, Bette Midler, Sarah Jessica Parker and Kathy Najimy are back for more in Hocus Pocus 2. It’s Present Day Salem and the town is as mad for Halloween as it always has been. The legend of the Sanderson Sisters is still discussed although END_OF_DOCUMENT_TOKEN_TO_BE_REPLACED

HOCUS POCUS 2 Director: Anne FletcherStarring: Bette Midler, Sarah Jessica Parker, Kathy Najimy, Sam Richardson, Hannah Waddingham, Doug Jones, Tony Hale, Whitney Peak, Lilia Buckingham, Belissa Escobedo Get that ring of salt ready as the Sanderson Sisters are back! Bette Midler, Sarah Jessica Parker, and Kathy Najimy are back in their iconic roles as the love of Hocus Pocus has only continued to grow from one generation to the next since its release in 1993. Disney+ has released the first teaser for it, and it looks super fun for my generation who loves a little nostalgia. Here’s the official plot summary It’s been 29 years END_OF_DOCUMENT_TOKEN_TO_BE_REPLACED

SINGLE ALL THE WAY Director: Michael MayerStarring: Michael Urie, Philemon Chambers, Kathy Najimy, Jennifer Robertson, Jennifer Coolidge, Barry Bostwick, Luke Macfarlane Every year Netflix doles out their Christmas movies cashing in on the craze set by Hallmark and Lifetime. One of my favorites of this season is the gay rom com Single All the Way. Michael Urie leads a wonderful cast as Peter. He would love to take his boyfriend home to New Hampshire for Christmas but finds he’s out he’s actually married to a woman and promptly leaves him upon learning the truth. Peter’s parents (Kathy Najimy and Barry Bostwick) have always been super END_OF_DOCUMENT_TOKEN_TO_BE_REPLACED 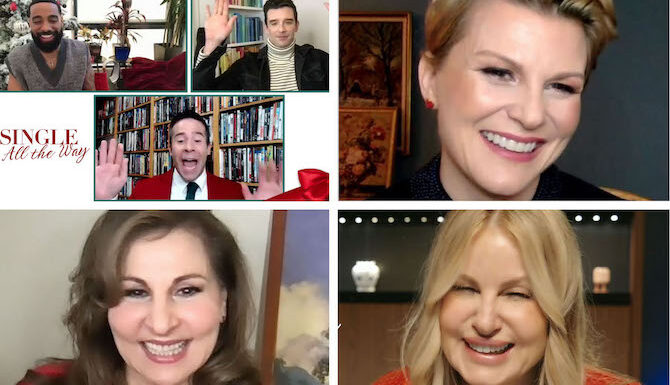 SINGLE ALL THE WAY Interviews – Laughing with Funny Cast, Christmas Traditions, and Christmas Songs Single All the Way is a lovely new Christmas movie from Netflix with an insanely funny cast. I sat down with Michael Urie, Philemon Chambers, Jennifer Coolidge, Kathy Najimy, and Jennifer Robertson to talk about making a Christmas movie that centers on two gay friends. I had an absolute blast talking this this cast. Highlights include: Michael, Philemon, and I talking about Christmas songs including Mariah Carey’s whistle tones in “O, Holy Night” Kathy Najimy shares a Lauryn Hill story from filming Sister Act 2: Back in the Habit Jennifer END_OF_DOCUMENT_TOKEN_TO_BE_REPLACED 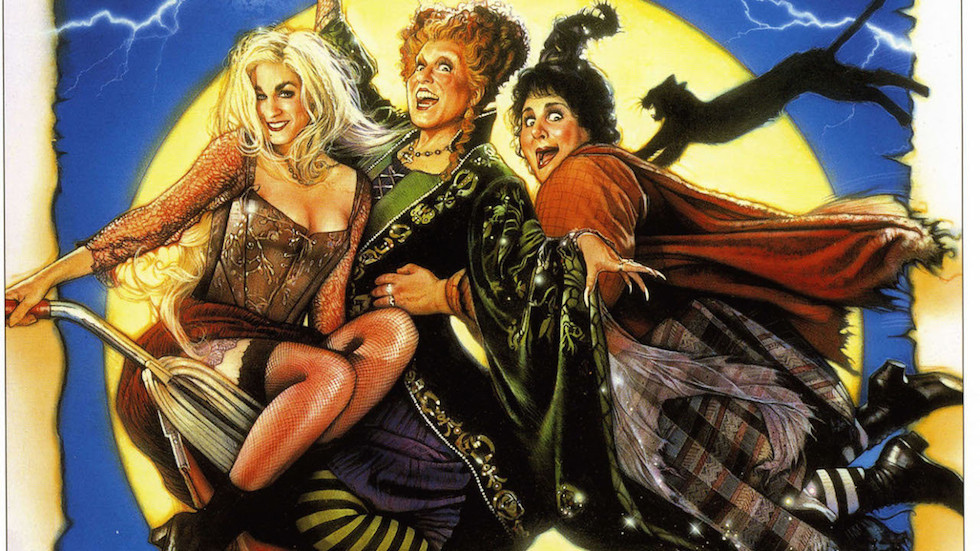 HOCUS POCUS (1993) Director: Kenny Ortega Starring: Bette Midler, Kathy Najimy, Sarah Jessica Parker, Omri Katz, Thora Birch, Vinessa Shaw Originally written October 19, 2012 “Oh, look. Another glorious morning. It makes me SICK!” In my household, one of our must see Halloween movies (outside of Halloween) is Hocus Pocus. Quite frankly we watch it all year round. We even quote it all year round. Like many people of my generation, the love of this Bette Midler Halloween classic goes back to when I was a wee lad. Confession time. I was a little ten year old boy obsessed with Ms. Midler. I do not END_OF_DOCUMENT_TOKEN_TO_BE_REPLACED

THE GUILT TRIP Director: Anne Fletcher Starring: Seth Rogen, Barbra Streisand, Colin Hanks, Adam Scott, Kathy Najimy I never would have expected the divine Barbra Streisand and Seth Rogen to star in a movie together. Those two are light years apart on the acting spectrum and are in such different generations of Hollywood, yet somehow the concept of them starring as mother and son somehow works. Andy Brewster (Rogen) is visiting his mother Joyce (Streisand) while he heads out on the road trying to promote and sell his product to big businesses like K-Mart and Costco. He invented an all natural cleaning product made from END_OF_DOCUMENT_TOKEN_TO_BE_REPLACED