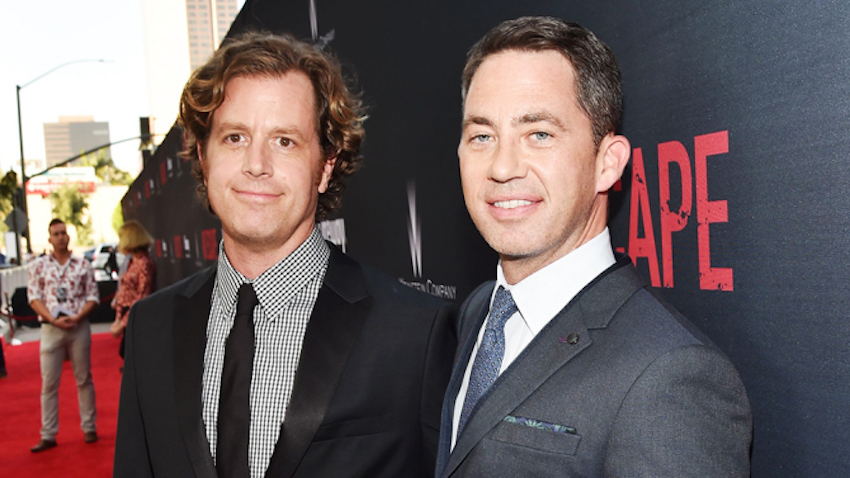 An interview with John Erick Dowdle and Drew Dowdle by Paul McGuire Grimes The original version of this was first published in City Pages on September 1, 2015 It was a welcome return home to Minnesota for John Erick Dowdle and his brother Drew as they made an appearance at the advanced screening of their new film, No Escape, starring Owen Wilson, Lake Bell, and Pierce Brosnan. They hail from the Highland Park area of St. Paul, and it was very evident they were excited to be back among family and friends who came out to support their new film. They END_OF_DOCUMENT_TOKEN_TO_BE_REPLACED

NO ESCAPE Director: John Erick Dowdle Starring: Owen Wilson, Lake Bell, Pierce Brosnan, Claire Geare, Sterling Jerins Let’s face it. We all enjoy Owen Wilson when he’s being quirky and making us laugh in films like Zoolander or any of Wes Anderson’s movies. His name isn’t usually tossed around for a high-intensity action movie involving a coup in Asia. That’s precisely why No Escape is a little bit different than you would expect it to be. Wilson is paired with funny-lady Lake Bell (In a World…) as Jake and Annie Dwyer who move their family to an unspecified country in Asia due to his work END_OF_DOCUMENT_TOKEN_TO_BE_REPLACED