7500 Director: Patrick VollrathStarring: Joseph Gordon-Levitt, Passar Hariky, Omid Memar, Hicham Sebiai, Aurélie Thépaut  Even though Joseph Gordon-Levitt’s last screen appearance was in Snowden in 2016, he has had small voiceovers in Knives Out and The Last Jedi. It’s great to see him back on screen again in 7500 which is now streaming on Amazon Prime. The title refers to squawk code 7500 which alerts the crew and other transportation officials of an airline hijacking. Joseph Gordon-Levitt plays Tobias Ellis. He’s an American pilot working a flight out of Berlin, Germany. His girlfriend also happens to be a flight attendant on board. Soon after take-off, the plane END_OF_DOCUMENT_TOKEN_TO_BE_REPLACED 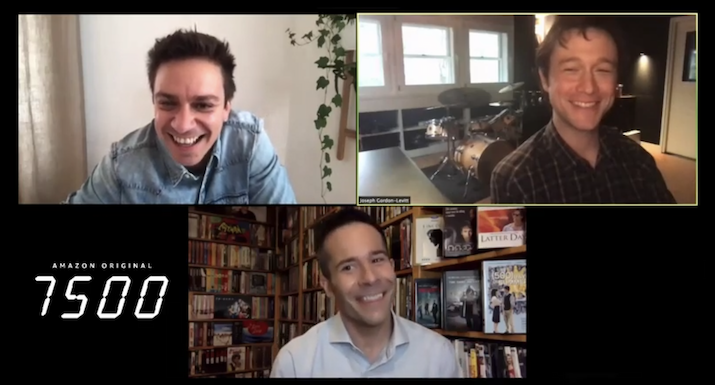 “7500” Interview: JOSEPH GORDON-LEVITT and PATRICK VOLLRATH Joseph Gordon-Levitt is back on screen in 7500. He plays an airplane pilot whose flight out of Berlin, Germany has been highjacked. Director Patrick Vollrath takes a different approach to this story as he sets all of the action in the cockpit. I sat down with both of them to discuss the film, their approach to realism and what’s helped them stay creative while quarantined. 7500 is now streaming on Amazon Prime. Here’s the interview END_OF_DOCUMENT_TOKEN_TO_BE_REPLACED