LIGHTYEAR Director: Angus MacLaneStarring: Chris Evans, Keke Palmer, Uzo Aduba, Taika Waititi, Peter Sohn, Dale Soules, James Brolin, Isiah Whitlock Jr. Pixar introduced audiences to the character of Buzz Lightyear back in 1995 when Toy Story changed the game of animation. Now, they’re going back to tell more of his story but with a twist in Lightyear. If you walk down the toy aisle in any store, many of the action figures are based on movie characters. In Lightyear, we learn that the Buzz Lightyear action figure Andy received is based on the movie we are now watching. It’s essentially a movie within a movie END_OF_DOCUMENT_TOKEN_TO_BE_REPLACED 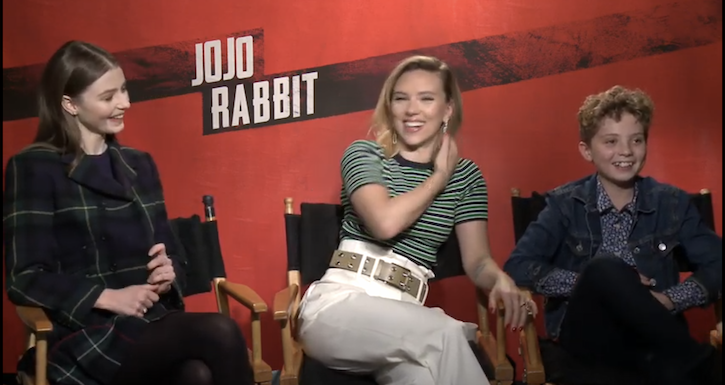 THOR: RAGNAROK Director: Taika Waititi Starring: Chris Hemsworth, Tom Hiddleston, Cate Blanchett, Mark Ruffalo, Anthony Hopkins, Jeff Goldblum, Tessa Thompson, Idris Elba, Karl Urban Chris Hemsworth will forever be known as Thor, the god of thunder. Thor: Ragnarok is his third solo entry in the franchise on top of the two Avengers ensemble movies. He knows how to use his charm and mighty strength to get himself out of any situation. He manages to escape from the fire demon Surfur and learns his father Odin (Hopkins) is no longer on their home planet of Asgard. Brother Loki (Hiddleston) has banished him to New York City, END_OF_DOCUMENT_TOKEN_TO_BE_REPLACED