BAD BOYS FOR LIFE Director: Adil and BilallStarring: Will Smith, Martin Lawrence, Joe Pantoliano, Vanessa Hudgens, Charles Melton, Paola Nuñez, Alexander Ludwig, Kate del Castillo Will Smith and Martin Lawrence are back to prove they are bad boys for life. It’s been 17 years since Bad Boys II and Mike (Smith) and Marcus (Lawrence) have been through everything together in their dangerous line of work as Miami police officers. They’ve gotten older and with Marcus becoming a grandfather he feels it is time to retire. Mike feels differently and sees no sign of slowing down. It gets a bit more complicated and personal after the END_OF_DOCUMENT_TOKEN_TO_BE_REPLACED

GEMINI MAN Director: Ang LeeStarring: Will Smith, Clive Owen, Mary Elizabeth Winstead, Benedict Wong, Linda Emond Will Smith teams up with two-time Oscar winning director Ang Lee (Brokeback Mountain, Life of Pi) for the new film Gemini Man. He plays Henry, a trained government assassin who calls it quits hoping to retire from his dangerous position. The Defense Intelligence Agency, led by Clive Owen and Linda Emond, has other thoughts. They put a target on his back hoping to stop him given information they believe Henry has about their Gemini program. One of the men chasing Henry is revealed to be the clone of his END_OF_DOCUMENT_TOKEN_TO_BE_REPLACED

ALADDIN Director: Guy RitchieStarring: Mena Massoud, Naomi Scott, Will Smith, Marwan Kenzari, Nasim Pedrad, Navid Negahban Disney has four live action remakes in theaters in 2019 with Aladdin being their second one of the year. It’s a beloved animated classic for my generation, but is it a little too soon to bring it back? Aladdin (Massoud) is considered a “street rat” by many as he’s an orphan who, along with his pet monkey, wander the streets stealing food and live on a rooftop. It’s there in the streets where he meets Princess Jasmine (Scott) who’s in disguise desperately trying to have some down time away END_OF_DOCUMENT_TOKEN_TO_BE_REPLACED

COLLATERAL BEAUTY Director: David Frankel Starring: Will Smith, Edward Norton, Kate Winslet, Michael Peña, Helen Mirren, Keira Knightley, Jacob Latimore, Naomie Harris, Ann Dowd Sometimes you need those movies that are a little bit schmaltzy to put you in just the right mood for Christmas. It can be a hard time for people who have lost a loved one whether it’s a child, parent, or significant other. This film is for that audience. You could consider Collateral Beauty a Christmas movie as the whole thing is set at that time, yet the script doesn’t directly refer to the holiday as much as you would expect. END_OF_DOCUMENT_TOKEN_TO_BE_REPLACED

SUICIDE SQUAD Writer/Director: David Ayer Starring: Will Smith, Margot Robbie, Viola Davis, Joel Kinnaman, Jared Leto, Jai Courtney, Jay Hernandez, Adewale Akinnuoye-Agbaje, Karen Fukuhara, Cara Delevingne, Scott Eastwood, David Harbour, Ike Barinholtz, Adam Beach Imagine all of the craziest villains in the DC universe coming together for their own film. Suicide Squad takes the deadliest bad guys and unleashes them back out into the city. What could go wrong? In the wake of Superman’s death, government official Amanda Waller (Davis) puts forth Task Force X which would recruit DC’s finest and release them from the asylums and jails in order to take down any metahuman END_OF_DOCUMENT_TOKEN_TO_BE_REPLACED 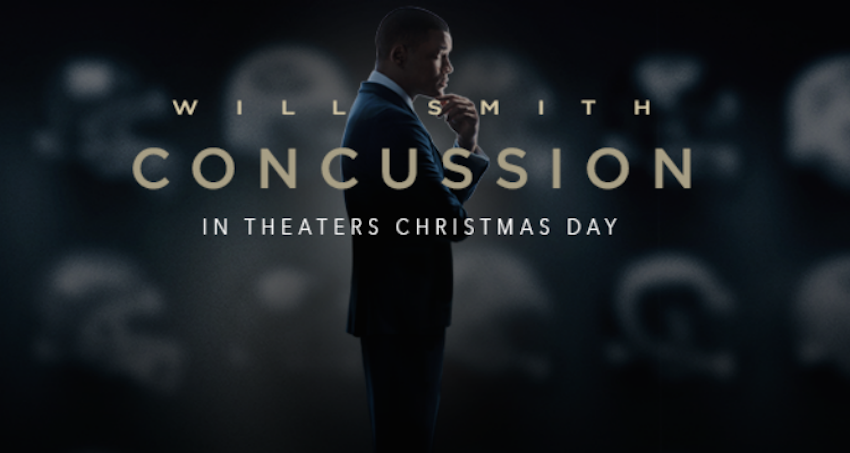 CONCUSSION Director: Peter Landesman Starring: Will Smith, Alec Baldwin, David Morse, Albert Brooks, Gugu Mbatha-Raw, Mike O’Malley I’ll be upfront about my knowledge of football. I know very little. My background comes through the television show Friday Night Lights and other football movies. The NFL did not have a good year after the Ray Rice incident, the Adrian Peterson incident, and Tom Brady’s Deflategate. Now comes Concussion to further cement the negative aspects of the organization that tend to get covered up. Dr. Bennett Omalu (Smith) is a forensic pathologist originally from Nigeria who now lives in Pittsburgh. He holds multiple master’s degrees and certificates. END_OF_DOCUMENT_TOKEN_TO_BE_REPLACED 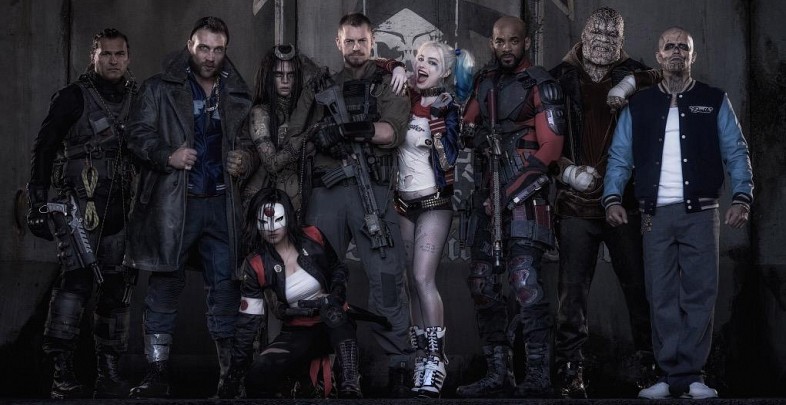 SUICIDE SQUAD Director: David Ayer Starring: Margot Robbie, Will Smith, Jared Leto, Jai Courtney, Scott Eastwood, Adewale Akinnuoye-Agbaje, Joel Kinnaman, Viola Davis,Cara Delevingne, Common, Ben Affleck               San Diego Comic Con 2015 was chock full of goodness this year. DC Comics had a few panels regarding their upcoming projects including their two big movies next year. Frankly, I am more excited about Suicide Squad than I am for Batman v. Superman: Dawn of Justice. A majority of these characters will be new to moviegoers, and I think that this is the first comic book movie that focuses on the END_OF_DOCUMENT_TOKEN_TO_BE_REPLACED

FOCUS Writer/Directors: Glenn Ficarra, John Requa Starring: Will Smith, Margot Robbie, Gerald McRaney, Rodrigo Santoro, BD Wong I feel like most people will go see Focus due to it being a Will Smith movie. I, for one, was far more excited knowing that Margot Robbie was playing his counterpart. When Jess (Robbie) first lays eyes on Nicky (Smith) at a restaurant she uses him as her escape to get away from a smarmy guy trying to get cozy with her at the bar. She sits down at Nicky’s table and they start hitting it off. They toss back a few drinks and eventually head up END_OF_DOCUMENT_TOKEN_TO_BE_REPLACED