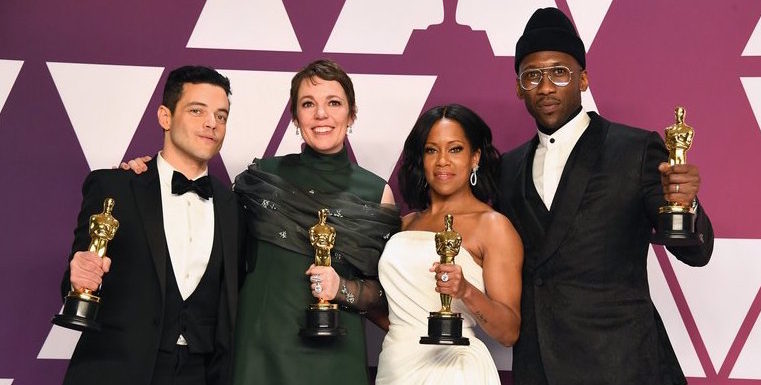 The 91st Academy Awards has officially come to an end. It’s been a wild ride this entire season and the telecast came with its usual surprises, omissions, and unfortunate winners, if you’ll allow me to get opinionated here. There may not have been an official host but Tina Fey, Maya Rudolph, and Amy Poehler had great chemistry as they joked about what they would have done as hosts. This came after Queen and Adam Lambert opened the show with a Queen medley.

The first award of the night went to Regina King for Best Supporting Actress for her performance in If Beale Street Could Talk. Mahershala Ali and Rami Malek were also expected winners for Best Supporting Actor and Best Actor, respectively. Ali’s win for Green Book comes just two years after he won the same award for Moonlight. The Academy loves actors playing real people so it wasn’t a huge surprise that Malek won for playing Freddie Mercury in Bohemian Rhapsody. I was a little confused why the clip showed him just lip-synching at a piano versus a different scene where he’s actually acting, but that’s a larger conversation to be had. In what may have been the biggest shock of the night was when Olivia Colman’s name was announced for Best Actress over seven-time nominee Glenn Close who many thought was the clear lock of the night. Colman seemed utterly surprised and gave a funny speech that only a Brit can deliver.

Spike Lee won as part of the writing team for his film BlacKkKlansman. It was great to see him finally have his moment as he jumped on top of Samuel L. Jackson when he took the stage. His film should have gone on to win Best Picture, but Green Book took the top prize of the night beating Netflix’s Roma which was predicted by many industry experts to take home Best Picture. Green Book may have won the Golden Globe for Best Comedy, but since then it’s raised the eyebrows of many to take a second look at it’s representation issues with who’s voice should be telling that story. We also saw previous Tweets and disturbing behavior come to light about writer Nick Vallelonga and director Peter Farrelly. Many are calling this “Crash 2.0” as a reference to when Crash beat Brokeback Mountain for Best Picture. This also feels reminiscent of when Spike Lee’s Do the Right Thing was snubbed of nominations over Driving Miss Daisy. Green Book’s win marked another year where the Best Director winner didn’t align with the Best Picture as Alfonso Cuaron won for Roma.

The telecast whipped by fairly quickly with some lovely musical performances from Lady Gaga and Bradley Cooper to Bette Midler. The lack of a host and extra filler kept the runtime down to under three and a half hours. Overall, it was a fun-filled night even if I don’t agree with all of the winners. In the end, the history of film will determine what will truly be the best picture of 2018.

2019-02-25
Previous Post: PAUL PREDICTS THE OSCAR WINNERS (Some of them…)
Next Post: Movie Review: FIGHTING WITH MY FAMILY